The Ascension is an article of the Creed and it behooves us to reflect on it.

The depictions of the Ascension I like the most are the medieval illustrations which show the Apostles, often with Mary, looking upward as a pair of lordly Feet at all that remains to be seen. 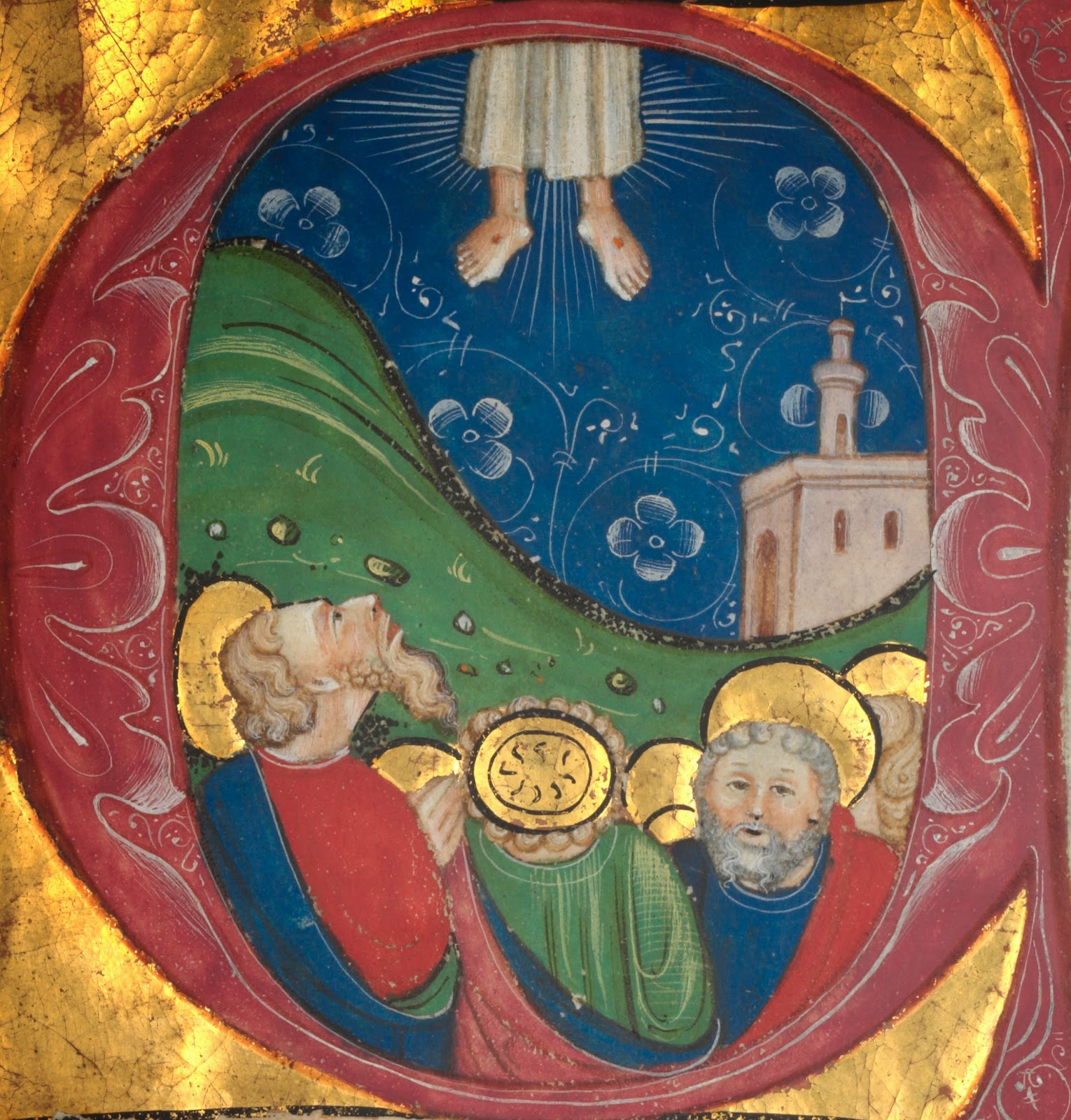 It the readings for the Sunday after Ascension, what does Peter teach us?  Charity covers a multitude of sins!

Let’s have a few more images of the Ascension of different styles, animi caussa! Fr. Z is the guy who runs this blog. o{]:¬)
View all posts by Fr. John Zuhlsdorf →
This entry was posted in Just Too Cool, Linking Back and tagged Ascension. Bookmark the permalink.