At WYD a bishop rewrites the biblical story of Sodom

Pope Francis has shown particular favor toward Bp. Nunzio Galantino, of Cassano all’Jonio making him even General Secretary to the Italian Bishops Conference. I’ve mentioned him before HERE and HERE.

At World Youth Day in Poland, Bp. Galantino made some odd remarks to Italian young people in attendance.  HERE  He spoke about the “bargaining” dialogue that Abraham had with God over the destruction of Sodom and Gomorrah in Genesis 18.

You remember the scene:  God knows that Abraham is going to Sodom. Because God knows that He is going to destroy Sodom, and because He has future plans for Abraham, God tells Abraham of Sodom’s sin, which means destruction. So, Abraham starts this “bargaining” with God over the fate of Sodom and Gomorrah for the sake of a few innocent people who might be destroyed with the wicked. God agrees and it seems that the cities are “safe”. Of course God knew better than Abraham what was about to happen. Thus endeth Genesis 18.

Then there followeth Genesis 19.

Lot has guests in his house and he is responsible for their protection. The people of Sodom want Lot to turn them over so they can rape them.  Abraham had implored God not to destroy Sodom if there are even a few innocent people in the city.  As it turns out, there weren’t. God destroys both Sodom and Gomorrah.  It is salutary to read the description to see what happens when God means business and we defy Him:

And the Lord rained upon Sodom and Gomorrha brimstone and fire from the Lord out of heaven.  And he destroyed these cities, and all the country about, all the inhabitants of the cities, and all things that spring from the earth. … And Abraham got up early in the morning and in the place where he had stood before with the Lord,  He looked towards Sodom and Gomorrha, and the whole land of that country: and he saw the ashes rise up from the earth as the smoke of a furnace.

So much for God’s opinion about unnatural sex.

You will recall that a certain despicable mortal sin, as well as a whole range of unnatural sex, is named after Sodom.

Here entereth, stage left, Bp. Galantino.  He tells the young people, because of Abraham, Sodom was “safe… saved”.  That’s fine if you end the story at the end of Genesis 18.  But there follows Genesis 19 and the rest of the story which everyone now knows!  What God knew, and what Abraham didn’t, is that there weren’t even 10 good men there.  God, being faithful to what He told Abraham, wiped out the cities.  But that’s not the impression that Bp. Galantino gives.

Read it and decide for yourselves. (Not my translation – HERE – but with my emphases and comments.)

“The intense dialogue between God and Abraham in the first reading tell us about prayer. And it’s about prayer that Jesus is asked in the Gospel. A prayer which is not an escape from troubles and responsibility, but a live experience made of listening and answering, through which God creates an authentic relationship and pushes us to be daring. As daring as Abraham’s intercession prayer in favor of Sodom. A city upon which nobody would have bet a dime. His intercession prayer and his will to dare save Sodom. The city is saved because some righteous ones are there, even though a few of them. [La città è salva perché ci sono i giusti, anche se pochi…] But the city is saved [ma la città è salva] above all because Abraham, a man of prayer, is not a relentless accuser, he doesn’t speak against but in favor. Abraham, man of prayer, doesn’t point to the misdeeds, but he announces the possibility for something new. Abraham, man of prayer, announces and invites to look at the positive possibilities. Abraham, man of prayer, is a tireless searcher for sign of hopes to present to the Lord for Him to give them value.”

Ummm… “la città è salva”?!?  And yet, turning to the very next page in the Old Testament’s account, Sodom and Gomorrah wind up heaps of smoking ashes, utterly destroyed.  No?

God would have left Sodom be, if there had been even a few righteous men.  The city was potentially saved, or safe, in the sense that IF there had been a few good people in it, THEN Abraham’s plea would have worked. But there weren’t and the sins they committed were so bad that God burnt them and their folk and their fields to a flaming crackly crisp.  God knew what Abraham did not.

So, what’s with that sermon by Galantino?

Forget about catechism and knowledge of the Bible for a second.  EVERYONE who has a minimal cultural literacy at all knows that Sodom and Gomorrah were obliterated and – wait for it – that the term sodomy comes from Sodom.

So, what’s his game here?  Is it to put into the empty heads of these young people that God did NOT destroy Sodom and Gomorrah (i.e., rewrite the Bible) because He does not abominate the “sin of Sodom”?

Sure, Bp. Galantino underscores Abraham’s intervention.  Fine.  It’s great to underscore what Abraham tried to do, but NOT at the expense of the truth about what happened to Sodom and Gomorrah!  As good and as positive as Abraham was, it didn’t work, except for poor Lot.  Moreover, when Abraham asked God to spare the cities because there might be good people in them, he is in no way condoning what the evil people did!  Abraham seems to be fine with destruction of the wicked.  He doesn’t want the innocent to be destroyed because of and together with the wicked.

The fact that such a thing might take place at a World Youth Day is dreadful.  Also, I think it is a stinging condemnation of the catechetical and biblical preparation of young people today, that anyone would think that he could get away with this.

Finally, I’ll add the old adage that if God doesn’t strike our society soon, then He’ll owe Sodom and Gomorrah and apology.  If I – Abraham-like – could bargain with God, I’d take a different tack and offer up for divine retribution, first, the present White House administration, and if God didn’t go for that, then the DCCC.  If that wasn’t enough, perhaps the whole Democrat Party with its appalling platform.  After that I have a little list… written on Fishwrap  But I digress.

Seriously, friends, we had better wake up.  God cannot be deceived.

Pray for our nations.  Pray that God will avert His wrath.  Pray and do penance for sins of sacrilege and blasphemy and those committed against nature. 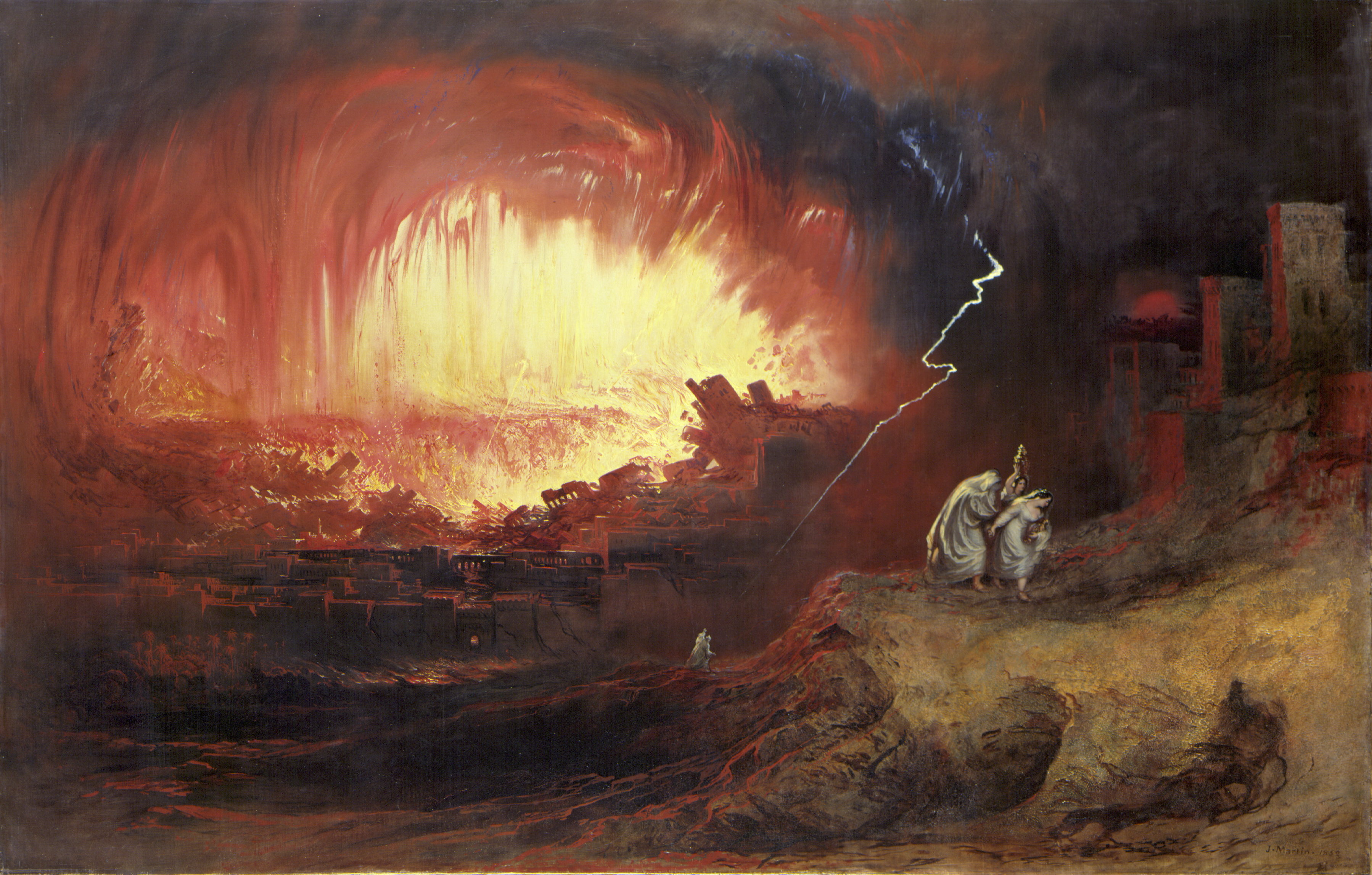 Fr. Z is the guy who runs this blog. o{]:¬)
View all posts by Fr. John Zuhlsdorf →
This entry was posted in Liberals, Sin That Cries To Heaven, The Drill and tagged Bp. Nunzio Galantino, Genesis 18, Sin of Sodom, Sodom, World Youth Day. Bookmark the permalink.