Today is the Feast of St. Raymond Nonnatus.  Here he is venerated in the Church of Sant’Eustachio in Rome.

St. Raymond has his name, “non-natus”, because he wasn’t born, but rather removed by caesarian-section when his mother had died.  He was Spanish, a Mercedarian and a close associate of St. Peter Nolasco. There is confusion about his having been a cardinal, as you see depicted in the image. It was thought that Pope Gregory IX in 1239 made him Cardinal Deacon of Sant’Eustachio but he died going to Rome. However, scholars dispute this claiming that it was really an Englishman, Robert Somercote, who was Cardinal Deacon of S. Eustachio from 1238–1241 and they say St. Raymond was never a cardinal. I hope Robert Somercote was a saint.

Raymond was canonized by Pope Alexander VII in 1657 and his feast in the Vetus Ordo is celebrated on August 31.

On this day in 1972 in Reykjavík, Iceland, the Match of the Century between world champ Boris Spassky and challenger Bobby Fischer was drawing to its terminus in Game 21.  Literally “drawing”.  Fischer was ahead in the points scheme (the first one to reach 12 point, 1 being a win and ½ for a draw) 11½–8½ –  Fischer was ahead and Games 14-20 were draws.

Game 21 convened on 31 August with Fischer, black, playing a new line of the Sicilian.   Spassky did not play his best, but struggled along to an adjournment at move 40.  They did this back in the day, as shown in the TV series from the book The Queen’s Gambit by Walter Tevis.  [US HERE – UK HERE] The next player to move would write his next move on a piece of paper that would be sealed in an envelope.  The next day it would be opened and the move put on the board, thus continuing the game. That gave opponents time to study and prepare.

Also, after Game 20 the Finance Minister of Iceland determined that both Spassky and Fischer would not have to pay taxes on their prize money.

The conclusion to the match came the following day, 1 September.

Your use of my Amazon affiliate link is a major part of my income. It helps to pay for insurance, groceries, everything. Please remember me when shopping online. Thanks in advance.  US HERE – UK HERE 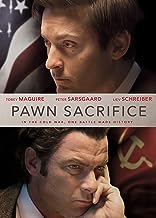 By the way, there is a film about the match, focused mostly on Fischer and his psychological spin.  Pawn Sacrifice    US HERE – UK HERE

In 2016 Spassky gave an interview about his life and its twists and turns.  He said that he was unhappy with Pawn Sacrifice because it was too one-sided, focusing on Fischer and his antics.  Spassky said, “They failed to show the main thing: how I agreed to continue the match.  I could have just stopped everything and walked away as the champion!” UPDATE: Someone recently used my link to join WISE, about the best way I know to move money around from currency to currency with extremely low fees and a great exchange rate.  Thanks to “Gregory”.