I can see you now.  You are peering at the screen in puzzlement, "But Father! But Father!" you are saying, "That can’t be right.  Shouldn’t that be Idus martius?!   You’ve got it wrong!"

No siree!  Latin idus is actually a feminine plural!  That’s right, it ain’t a masculine singular at all.  So, idus martiae is correct.

There is a little verses to help you remember when the Nones and Ides fall.

In March, July, October, May,
The Ides are on the fiftenth day,
The Nones the seventh; but all besides
Have two days less for Nones and Ides.

This is the anniversary of the murder of Gaius Iulius Caesar in 44 B.C.

Caesar did not die in the Senate in the Roman Forum, despite the way Shakespeare staged it.  Remember?  Caesar dying under Pompey’s statue?  Nope, there was no senate house at the time.  It had burned down and the senators had to meet in other places while Julius Caesar was having a new building constructed (the Curia Iulia).

So, the senators were to meet today in 44 at the little Senate house that Gn. Pompeius Magnus had had built outside the pomerium (city center limits) which he could not cross by reason of his having the command of legions (imperium).   This little senate house was attached to the stone theater he built near the modern day Campo de’ Fiori.  The complex’s portico extended to the modern day Roman street called the Via del Monte della Farina.  This stretches between the grand church Sant’Andrea della Valle and San Carlo ai Catinari.

Here is a view of the street! Caesar was stabbed near the Theater of Pompei the Great in the Campus Martius, very close to where I live.  The place where he died is in the present Via del Monte della Farina.  This happens to be on the same street where you find the entrance to my old seminary in Rome.  Hmmm…

And an inscription along the street where Caesar was killed. This is also in tradition the anniversary of the martyrdom of St. Longinus, the Roman soldier who pierced Jesus’ side with a spear. 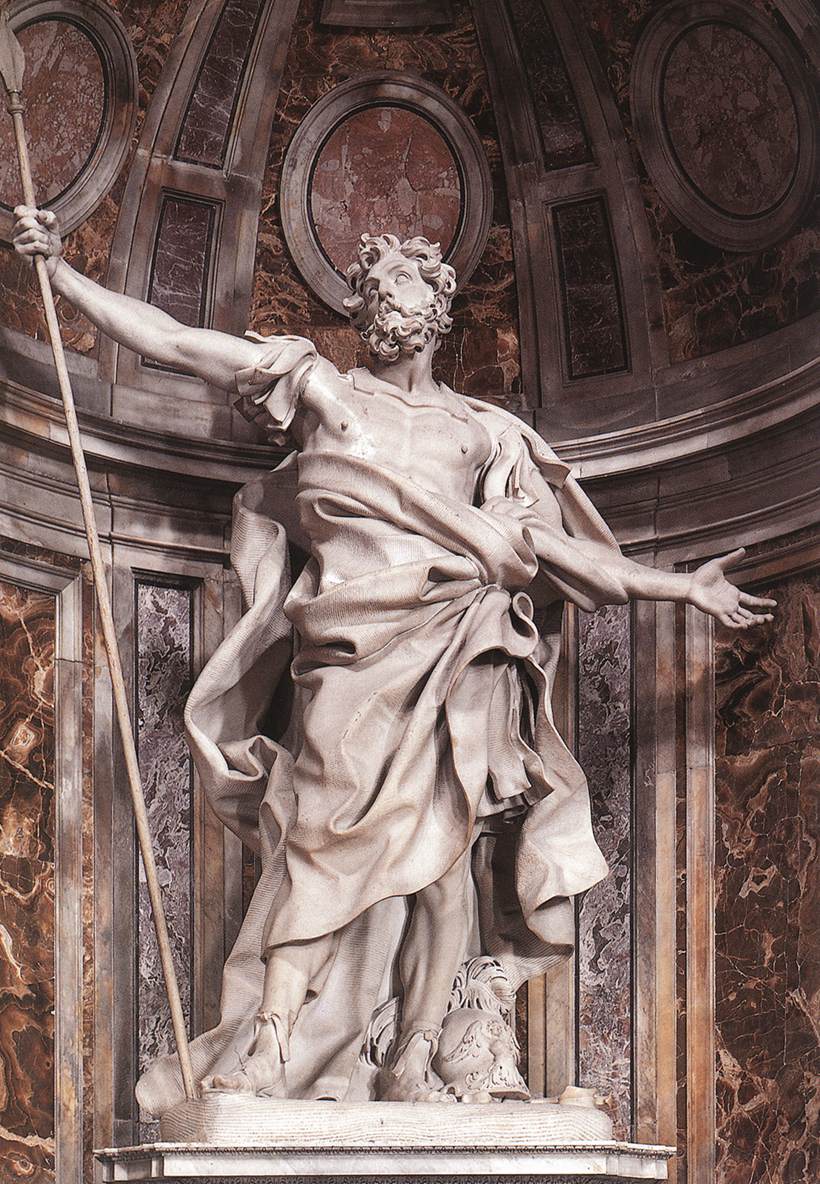 If we can get WDTPRS through this day without my service shutting us down, … it being the Ides of March we will have done something, for sure!