A testimony about kneeling for Holy Communion and Communion rails 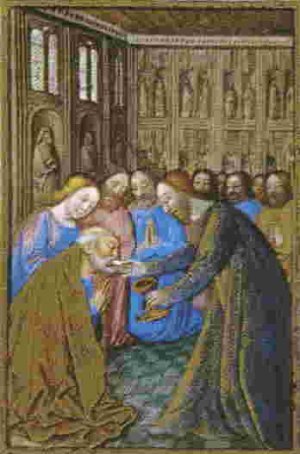 I found this on the blog Ecce Mater Tua:

A couple of months ago someone left a comment on Fr. Z’s blog announcing that they had decided from then onwards to kneel each time they received Holy Communion. He appealed for others to do the same. Well, one month ago I realised I could no longer bear to receive Holy Communion standing up. Since then I have knelt and pray to God I don’t ever lapse. And I pray altar rails are reintroduced to make sense of the space in each church and to give us a few moments more of motionless recollection just before and after receiving Communion.

Jesus did not insist that anyone knelt before Him. Yet the Syro-Phoenician woman did (Lk 7:25). The demon-possessed Legion did (Lk 8:28). The Samaritan leper did (Lk 17:16). Mary Magdalene did (Lk 10:39; Jn 12:3). None of these were ordered to fall at His feet, but they did it out of reverence, out of adoration, out of love. As we receive Holy Communion, we can follow the Gospel example.

A note about Communion rails and definition of the liturgical space of a church.

St. Augustine of Hippo (+430) explained that Christ speaks in every word of Scripture.  Sometime Christ is speaking with the voice of the Head of the Body which is the Church, sometimes He speaks as the Body.  At times He speaks as Christus Totus, the Body with the Head, together.

This is a useful way to understand in a healthy way something about the outward expression of "active participation" during Holy Mass.

As we have said on WDTPRS a zillion times, true "active participation" begins with our baptism, which places a new character on our soul and makes us members of the Church.  As John Paul II expressed in his letter on St. Augustine, the Church is not just Christ’s Mystical Body, it is Christ’s Mystical Person.

Moreover, the true Actor of the sacred action of Holy Mass is Jesus Christ the High Priests, raising words and deeds to the Father.   Sometimes He acts and speaks in the person of the alter Christus the priest (Head), sometimes in the words and actions of the congregation (Body), sometimes when the priest and people act and speak together (Christus totus).  Christ makes our hands and voices His own in the sacred action, but He is the actor and speaker.

It may be that the Novus Ordo manifests this reality somewhat more clearly.  The older form of Mass may demonstrate more clearly how the priest as the head of the liturgical body can himself alone speak for the whole.

However, the building of the church itself (which is a sacramental building, a sacred and consecrated place) also manifests this three-fold distinction.

The sanctuary, at the head of the floor plan, is the place where Christ the Head of the Body speaks and acts, the nave is the place of the congregation, the Body.  Having a Communion rail is not only practical, but it defines the space.  Some might claim that the Communion rail then becomes a barrier for the laity in the congregation to keep from away from the holy of holies.  I don’t see it that way at all.  That rail helps to point out that, in the church building’s layout, the congregation has its own proper character and dignity that must not be compromised or violated by "invasion", so to speak, by the priest – except in those defined moments such as the Vidi aquam we have now in Easter season.  The congregation has its own important role and this is defined in the building.

There are some consequences.