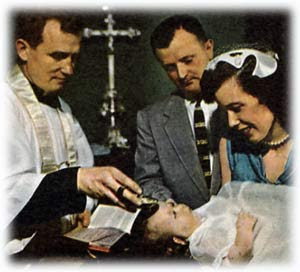 Our fifth child is due on November 24.  To allow for the possibility that he might be late, we attempted to schedule a private baptism on Gaudete Sunday. My pastor says that no baptisms can be celebrated during Advent or Lent.  I don’t know if this is a norm or just his understanding. What are my obligations here?  Am I misunderstanding that it is my duty to have the child baptized within 3 weeks or so. My pastor is actually moving towards embracing tradtion, and I don’t know if this is a fight (however minor) that I should pick.

This is not something to "pick a fight" over.

To my knowledge, there is no legal prohibition of baptism during Advent.

At the same time, it was the tradition of the Church not to baptize or marry (solemnly) during Advent and Lent. These seasons have their character and that character, which is penitential, should be respected.  Of course none of this applied to emergency baptisms or, ehem, marriages that had to take place rather quickly or mixed marriages (which were usually informal and often not in church).

Back to baptism.  There is no hard and fast rule about the length of time after birth for the baptism of a newborn.  In centuries past, due to high infant mortality and a strong sense of the critical importance of baptism for salvation, people would sometimes take infants directly to church for nearly immediate baptism.  Infant mortality rates have dropped in most places (may God be praised) and, alas, so as the sense of the need for baptism for salvation.  People are taking longer to bring their bundles of joy to church.

His dictis, if your pastor is concerned about the character of Advent, you might consider hanging on just a little longer and having your baby baptized around the time of Epiphany, which is associated with three manifestations of the Lord’s divinity, including His baptism.  In the new, post-Conciliar calendar, there is the Feast of the Baptism of the Lord which marks the conclusion of the Advent/Christmas cycle.

Fr. Z is the guy who runs this blog. o{]:¬)
View all posts by Fr. John Zuhlsdorf →
This entry was posted in ASK FATHER Question Box and tagged ADVENT, baptism. Bookmark the permalink.