Would the young Joseph Ratzinger – or I – have had the same reaction if….

As I often write, we are our rites.

In the new interview book with Peter Seewald, Benedict XVI was asked how the son of a Bavarian policeman became a priest. I have a measure of sympathy with Benedict’s answer. I, too, am the son of a cop and I, too, was first moved by Catholic liturgical worship. 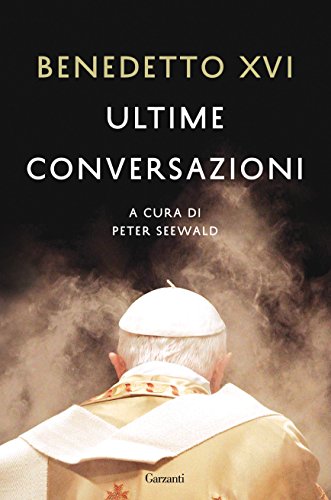 It was in order to enter more and more into the liturgy. To recognize that that the liturgy was truly the central point and to try to comprehend it, together with the whole historical development undergirding it. . . .Because of this, then, I became generally interested in religious questions. It was the world in which I felt myself at ease.

And in an ugly church?

Now, as it appears after its decoration in the 1980’s. There was never an ironing-board altar in there.

And what you hear inside …

Here is the Gloria from Haydn’s Paukenmesse, also called the “Mass in Time of War”. This is a recording from St. Agnes Church, by the Twin Cities Catholic Chorale. I am in the choir in this recording.

This is the sort of thing you hear on 30 Sundays of the Year.

Would I have entered into communion in the Catholic Church had my first experience of Catholicism been in some dreadful municipal airport with My Little Pony music and dopey preaching by Father (now Bishop) Fatty McButterpants that wouldn’t have dented my rejected Lutheran catechism? I can’t say for sure, but God brought me to St. Agnes and not to the “Engendering Togetherness Community of Welcome” and “On Eagle’s Wings.” I had been a musician for a while by the time I walked into that church, and a good one. I had Latin and Greek by then. Like I say, I don’t know for sure what a church service with “Joy Is Like The Rain” would have done for me… or “Gather Us In”, but I suspect things would have turned out differently.

I wonder how many priestly vocations have been annihilated by crappy music, ugly churches, and bad preaching from feckless and dissident priests.

At St. Agnes, during the 33 years that Msgr. Schuler was pastor, there were 30 First Masses.

Fr. Z is the guy who runs this blog. o{]:¬)
View all posts by Fr. John Zuhlsdorf →
This entry was posted in "How To..." - Practical Notes, Benedict XVI, Hard-Identity Catholicism, Liturgy Science Theatre 3000, Mail from priests, Priests and Priesthood, Seminarians and Seminaries, The future and our choices, Turn Towards The Lord and tagged Benedict XVI, lack of vocations, Peter Sewald, priesthood, vocations. Bookmark the permalink.

24 Responses to Would the young Joseph Ratzinger – or I – have had the same reaction if….