Archbp. Cordileone interviewed in the UK’s Catholic Herald. Comments on the TLM 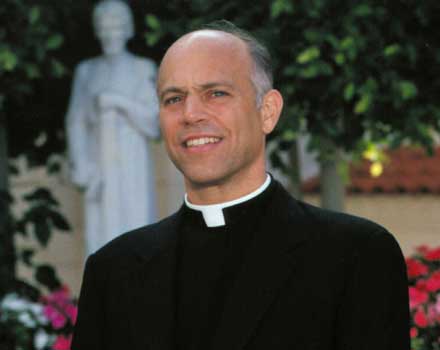 In the UK’s best Catholic weekly, the Catholic Herald, the Archbishop of San Francisco, Most Rev. Salvatore Cordileone, offered some interesting comments.

Read the whole thing there, but here is something of interest concerning the older form of Holy Mass.  My emphases and comments.

Having earned his stripes at the Apostolic Signatura, he returned to California and became an Auxiliary Bishop of San Diego in 2002. A new chapter in his priestly ministry began when he was asked by a group of lay people to offer Mass in the Extraordinary Form.  [Often a game changer for a priest.] An elderly Augustinian priest, Fr Neely, taught him how to offer it. Archbishop Cordileone is quick to add that the task was made easier because “I only had to learn the rubrics. When I worked at the Apostolic Signatura, I would go to a Benedictine convent to celebrate the Triduum. There I learned to sing the Mass in Latin and the chants are the same in both forms of the Mass.”

For nearly 10 years Archbishop Cordileone has accepted invitations to celebrate the Tridentine Mass. In the middle of our interview, the Oratorian priest Fr Rupert pops in and asks the archbishop if he will offer the 8am Tridentine Mass the next day,  [Hey!  He did that to me too!] and he enthusiastically agrees to do so. Commenting on what he feels distinguishes the Extraordinary Form, Archbishop Cordileone says: “With that form of Mass you can feel the Church breathing through the centuries.”

He has strong opinions about Latin. “It is the common language of the Catholic world and it’s especially advantageous when people of different language backgrounds come together,” he says. “The irony is that the Church made the move to the vernacular just at the point in history when, because of migration and tourism, people began travelling all over the world. Thus, it would be convenient to have a shared language that we can all worship in. But it does make sense to have parts in the vernacular, such as the Propers and especially the readings.”  [But in gatherings of people in different languages, which vernacular?]

We get on to discussing why there is a relatively high number of young men pursuing vocations in seminaries dedicated to the Extraordinary Form. “The Old Rite corresponds more to a masculine spirituality in that the masculine psyche is one that protects, defends and provides, and during the Mass the priest is the one who dares to approach God to reconcile His people to him. In the Old Rite there is a greater sense of the priest as intercessor, offering a sacrifice for the people and bringing God’s gift to the people.”

While women may not become priests, Archbishop Cordileone clarifies that women do not in any way occupy second place. Instead, he pinpoints why women should be shown the highest respect and says that chivalrous practices such as holding a door open for a woman ought to be the norm. “A woman should walk out, ahead of the man, because she is the life-giver and, in holding a door for a woman, the man is recognising her special place as the one who gives life.” He says that mantillas, or chapel veils, are a way for a woman to veil their sacredness: “In Christian worship what is sacred is veiled, women are sacred because they are the life-givers.”

Why are the youth associated more and more with the Old Rite? “It follows the phenomenon of young people being more traditional in their religion,” he says. “In the years after the Council there were social revolutions in religious groups and the thinking was that the Church should be more like modern culture. Prayerfully minded young people of this generation want something different or opposed to secular culture. But they perceive the failures of western civilisation. They want something seriously Catholic and meaty.” [Remember my analogy of mashed peas for infants or red meat for adults?]

He does say, however, that being drawn to the external beautiful trappings of Catholicism is not enough. “We won’t deepen their faith by window dressing. They might be attracted to externals and there’s nothing wrong there, but we also have to bring them to a deeper faith.”  [They are signs, which we need.]

People are quick to say there is something staunchly “traditional” about Archbishop Cordileone. He says the rosary every morning. He traces many modern-day problems back to the secular doctrine that discounts the differences between men and women (the specific confusion, he explains, is that men and women are conditioned to think of themselves as the same and not complementary). And he loves the Tridentine Mass. But he sees a potentially dangerous trend in the traditionalist movement, if it simply wants to revert to a distant time in the past and stay there. Here, Archbishop Cordileone refers to Ronald Knox, who called this blinkered outlook “an impoverishment of our heritage”. But where does one find a happy medium between the old and the new? He hails the London Oratory, with its Ordinary Form in Latin and frequent Benediction, as “the ideal model of the hermeneutic of continuity, which has been so consistently promoted by Pope Benedict”.

Against, read the rest there.  Many great comments on marriage.

“All our detractors can do is call us names,” he says. He throws his hands up in the air, and adds: “Big deal if they shout at us or throw insults!”

When I say that people in Britain who oppose gay marriage have been slammed as “bigots”, by people who won’t allow any opinion but their own, he says: “How ironic!”