Why Irish Fr. Tony Flannery was censured by the CDF 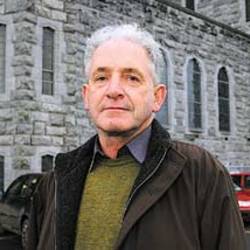 From Protect The Pope comes this useful clarification:

Cardinal Levada, the former Prefect of the CDF, has explained to The Irish Catholic newspaper that the reason why he intervened to censure and restrict the Redemptorist Fr Tony Flannery was because his writings on the Eucharist and Priesthood were heretical. Cardinal Levada spoke out to refute the falsehood being spread in the media by Fr Flannery that he had been disciplined because of his support for married priests. [It is not heresy to suggest that priests should be married.  Marriage and priesthood do not exclude each other.  Flannery’s problems were far worse and merited the intervention of the doctrinal congregation.]

‘He [Fr Flannery] likes to say ‘because I’m for married priests’. This is not the case: he wrote two articles in Reality magazine in which he questioned, undermined, the teaching of the Church on the Eucharist and on the priesthood. If you hold these positions you are formally in heresy [in the Catholic Church]. For Martin Luther, or the Protestant reformers, they were key issues and they denied these doctrines of the Church,” the cardinal said.

Cardinal Levada also challenged those dissenters like Fr Flannery who criticise the Congregation for the Doctrine of the Faith:

“I’m not trying to overstate the case, but, I think we represent a challenge to a highly-secularised mentality,” he said.  [Absolutely.  And Pope Francis will continue to rely on the CDF.  Keep in mind also that the CDF’s process by which a theologian’s questionable notions are examined evolves in many stages and involves many theologians.  Card. Ratzinger refined the process out of justice to the errant theologian and out of intellectual humility.  Theologians who are examined by the CDF are given the opportunity to explain or defend their writings and, if they can’t, to amend.  And the process takes quite a while.]

It is understood that the particular remarks that aroused concern in the Vatican were in a 2010 article in which Fr Flannery wrote: “I no longer believe that the priesthood, as we currently have it in the Church, originated with Jesus. [Yep.  That’s heresy.]

“More likely that sometime after Jesus, a select and privileged group within the community who had abrogated power and authority to themselves, interpreted the occasion of the Last Supper in a manner that suited their own agenda”.

“The second basic change would be to break the inherent connection, long part of traditional Catholic teaching, between sexual activity and marriage. To continue to hold that sex outside marriage is always sinful is in my view a mistake……. we break the rigid connection between sexual activity and marriage, allowing for appropriate sexual relationships between people who are not married when the quality of the relationship merits it. ” [Yep.  That’s heresy.  And it probably aims at condoning, if not promoting, homosexual acts.]

Fr Flannery maintains the contradictory position of both expressing his rejection of the Church’s teaching on the priesthood, while at the same time assuming leadership of the Association of Catholic Priests, [aka The Ass. of Catholic Priests] presuming to speak on behalf of the Catholic priests of Ireland:

You can read the rest of Flannery’s B as in B, S as in S over there.  It is illuminating.  It is helpful to review his errors, because his heresy leads others into errors.  One heretical book can do a lot of damage.

This is the reason why the CDF conducted a doctrinal examination of the LCWR.  The CDF and US Archbishops Sartain and Blair are less interested in whether sisters wear habits or live in community.  Those are matters for the Congregation for Religious.  The CDF wants to know what sort of formation the sisters are being offered, what ideas shape their religious lives.  Books will play a role in how the sisters are formed.  The works of others sisters, such as those of Margaret Farley or of Sandra Schneiders or other bizzaro-world theologians are favorites of LCWR types.  They can twist the minds and souls of women religious, and those they influence, into seriously weird pretzels.  In turn, then perhaps these de-formed sisters will go out to work in schools or hospitals and in their actions reflect the weird teachings they imbibed.

This is why the CDF is and will be important for Pope Francis.  Even as he puts a kinder face on the Church (which the MSM is lapping up), he knows that the Faith must be defended.  Now more than ever the Faith must be defended!  Liberals think they have the big mo, right now.  Perhaps they even think that now that Pope Fluffy is finally here, they think they have license to be “prophetic” (code language for “licensed to dissent” against what they term the “official” or “hierarchical” Church).

Let us not forget what Francis said in The Big Interview™ about, for example, homosexuality. HERE

Let us also not forget that former-Father Greg Reynolds is still excommunicated.

Fr. Z is the guy who runs this blog. o{]:¬)
View all posts by Fr. John Zuhlsdorf →
This entry was posted in Blatteroons, Brick by Brick, Hard-Identity Catholicism, Our Catholic Identity, The Drill and tagged Fr. Tony Flannery, heresy. Bookmark the permalink.

9 Responses to Why Irish Fr. Tony Flannery was censured by the CDF