Well, I went and did it. Or better yet, they came to me and I did it.

After obtaining my Technician license a couple summers ago, I set myself the goal of upgrading each summer.  Last summer, I obtained the General.  This was the summer for Extra.  This is also the summer when the question pool was to change (and it has, by the time I am writing this).

As you may recall from last week, I had asked my local Elmer to shake the tree a little to see if any VEs could administer an exam before the end of the month. He made some calls and subsequently assured me that it would be pretty hard to pull off. For that reason I was a bit bummed.  I then received a phone call from a local VE involved at that moment in Field Day, where there were several VEs. She asked around and we set up an appointment for my exam for the evening of Thursday, 30 June, in the common room at my place: the last day of the question pool.

I stepped up my review and took some online practice exams.  I carried around my book with all the possible questions (and the answers – which is handy – along with explanations).  I took the test. Therefore, I am now an Extra.

My local Elmer had come over for the exam (he knew the VEs and had originally shaken the tree, as it were).  On confirmation that I had passed, he gave me a nifty key! I am assured that this is quite something.  Sometimes you can tell by hefting a thing and examining it closely that it is exceptional.  I shall have to have this mounted on something and then get to work assiduously on my Morse Code.  It is time to get into CW, and may QRP.   I’d also like to do something with PSK31.

In any event, I’ve done it.

I am very grateful to the nice folks, the VEs, who helped me out in a pinch.

Now if I only had a stable station! 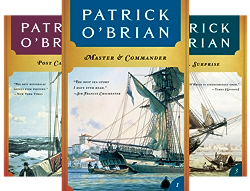 Looking at the entry again, and the math that I had to refamiliarize myself with after 25 years of neglect since college physics, I was reminded of scenes involving spherical trigonometry.

And there’s this from Fortune of War (UK HERE).

Yet in the new, smoother, more scientific Navy that was coming into being this was not enough: his youngsters must add a powerful dose of Gregory to their Robinson. He made them read The Present State of Europe, Impartially Considered; he saw that the journals they were required to keep would meet the inspection of the severest board of examiners; he stood by while his coxswain taught them the finer points of knotting and splicing. It was a pity that his material was so indifferent, so refractory to anything but the knots and splices; for his intentions were of the best. In some commissions he had had midshipmen who loved the mathematics too, who doted upon spherical trigonometry, so that it was a pleasure to teach them navigation; it was not the case at present.
‘Mr Forshaw,’ he said. ‘What is a sine?’
‘A sine, sir,’ said Forshaw, speaking very fast, ‘is when you draw a right line from one end of an arc perpendicular upon the radius from the centre to the other end of the arc.’
‘And what is its relation to the chord of that arc?’
Mr Forshaw looked wild, gazed about the day-cabin that Captain Yorke had given over to his guest, but found no help in its neat fittings, its skylight, nor in the nine-pounder gun that took up so much of its space, nor in the blank and hideous face of his companion, Holles, nor in the title of the novel The Vicissitudes of Genteel Life: life aboard La Flèche might not be particularly genteel but it was certainly full of vicissitudes. After a long pause he still had no views to offer, other than that the relationship was no doubt pretty close.
‘Well, well,’ said Jack, ‘you must read page seventeen again, I see. But that is not what I sent for you for – that is not the reason for which I sent for you. There was a great deal of correspondence for me to attend to at Pulo Batang, and I have only now reached this letter from your mother. She begs me to take great care that when you brush your teeth you will brush them up and down, and not only sideways. Do you understand me, Mr Forshaw?’
Forshaw loved his mother dearly, but at this moment he wished she might be deprived of the power of holding a pen for ever. ‘Yes, sir,’ he said. ‘Up and down it is, not only sideways, sir.’
‘What are you tittering at, Mr Holles?’ asked Captain Aubrey.
‘Nothing, sir.’
‘Now I come to think of it, I have a letter from your guardian, Mr Holles. He wishes to be assured that your moral welfare is well in hand, and that you do not neglect your Bible. You do not neglect your Bibles, any of you, I dare say?’
‘Oh, no, sir.’
‘I am glad to hear it. Where the Devil would you be, if you neglected your Bible? Tell me, Mr Holles, who was Abraham?’ Jack was particularly well up in this part of sacred history, having checked Admiral Drury’s remarks on Sodom: ‘Abraham, sir,’ said Holles, his pasty, spotted face turning a nasty variegated purple. ‘Why, Abraham was…’
But no more emerged, other than a murmur of ‘bosom’.
‘Mr Peters?’
Mr Peters expressed his conviction that Abraham was a very good man; perhaps a corn-chandler, since one said ‘Abraham and his seed for ever’.
‘Mr Forshaw?’
‘Abraham, sir?’ said Forshaw, whose spirits had recovered with their usual speed. ‘Oh, he was only an ordinary wicked Jew.’
Jack fixed him with his eye. Was Forshaw making game of him? Probably, judging from the extreme innocence of his face. ‘Bonden,’ he called, and his coxswain, who was waiting outside the door with sailcloth and rope-yarn to learn the young gentlemen to make foxes, walked in. ‘Bonden, seize Mr Forshaw to the gun, and knot me that rope’s end.’

There were no rope’s ends for me while studying for my exam.

For those of you not in the know, sometimes you have to figure things out in rectangular and sometimes in polar coordinates.  Phase angles of circuits containing resistance, inductive and/or capacitive reactance mean using polar coordinates, which means using trig.

Then there was this from The Yellow Admiral:

But for the time being he was to attend to the young gentlemen. They were gathering there on the quarterdeck behind him, accompanied by the schoolmaster, and although some were furtively giggling, treading on one another’s toes, most were decently apprehensive.
‘Very well, gentlemen, let us begin,’ said Jack in their direction, and he led the way into the fore-cabin. Here they showed up their day’s workings, which, as there had been no noon observation the day before, were necessarily the product of dead reckoning, and they differed little, except in neatness.
Both Walkinshaw and Jack were perfectly at home with the mathematics of navigation and it was difficult for either to understand how very deeply ignorant it was possible for the young and feather-brained to be, particularly those young men who had spent most of their school-time ashore learning Latin and in some cases Greek and even a little Hebrew – possibly some French. This occurred to Jack with some force in the silence that followed his commendation of the neat and his giving back the workings; and out of this silence he said to a dwarfish twelve-year-old, the son of one of his former lieutenants, ‘Mr Thomson, what is meant by a sine?’
He glanced round the general blankness and went on, ‘Each of you take a piece of paper and write down what is meant by a sine. Mr Weller’ – this to a boy who had been to a nautical academy at Wapping – ‘you are whispering to your neighbour. Jump up to the masthead and stay there until you are told to come down. But before you go, gather the papers and show them to me.’
It was difficult to tell whether the schoolmaster or his pupils felt the more distressed as the Captain looked through the undeniable proof of such very complete ignorance of the first elements. ‘Very well,’ he said at last, ‘we shall have to start again with the ABC. Pass the word for my joiner.’ The joiner appeared, brushing chips from his apron. ‘Hemmings,’ said Jack, ‘run me up a blackboard, will you? A flat dead paint that will take chalk handsomely, and let me have it by this time tomorrow.’ To the youngsters he said, ‘I shall write definitions and draw diagrams, and you will get them by heart.’ He was not in the best of moods, and his absolute determination, together with his bulk and his immense authority on board, was singularly impressive. They filed out in silence, looking grave.
The next morning the blackboard was present, fixed by thumbscrews within easy reach of the Captain’s hand, and from it the boys were taught, with words and diagrams, the nature of sine, cosine, tangent, cotangent, secant and cosecant, the relations between them, and their value in helping to find your position in a prodigious ocean, no shore, no landmark for ten thousand miles. All these things were to be found in Robinson’s Elements of Navigation which, together with the Requisite Tables and Nautical Almanac, lay in their sea-chests, a necessary part of their equipment; and Mr Walkinshaw had tried to lead the youngsters through them. But nothing came anywhere near the concentrated forceful instructions of Jove himself; and after what seemed an anxious eternity to the midshipmen’s berth but which in fact lasted no more than a few of the Bellona’s usual patrols from Douarnenez Bay to the Black Rocks in hazy, sometimes foggy weather in which they saw nothing at all and sometimes with such light airs that on occasion they lacked even steerage-way and the Captain had all the time in the world for trigonometry.

It is right after this, if you will recall, that Stephen laments that the marsupials he brought on board, namely, wombats, were pining because they missed their filth.

Before you ask, were I to have had my rig aboard Capt. Aubrey’s ship in international waters, I would have had to obtain his authorization to operate.

Fr. Z is the guy who runs this blog. o{]:¬)
View all posts by Fr. John Zuhlsdorf →
This entry was posted in Ham Radio, O'Brian Tags and tagged Extra, Ham radio, trigonometry. Bookmark the permalink.