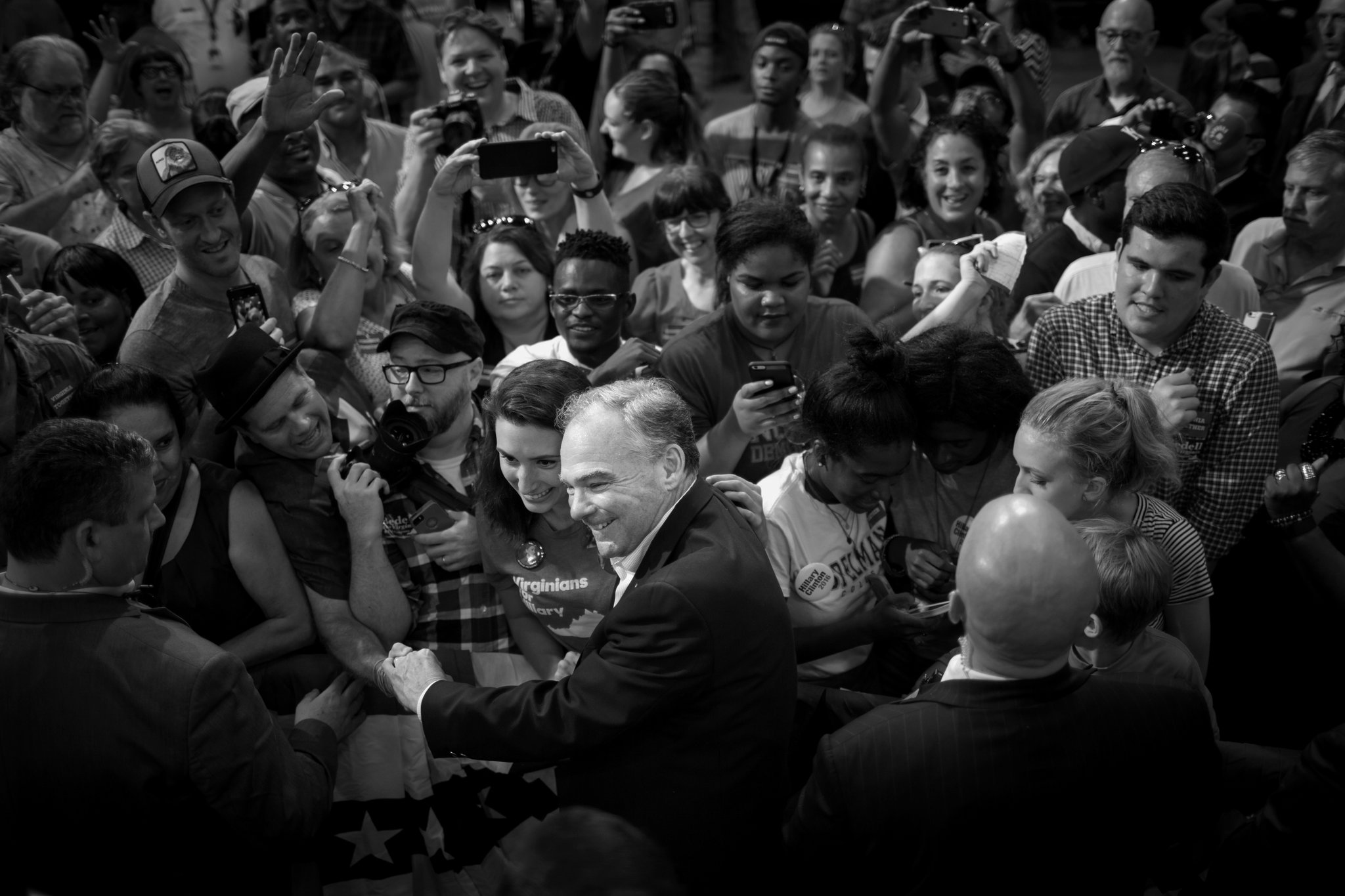 At the NYT (aka Hell’s Bible) see what Ross Douthat has to say:

LAST weekend Tim Kaine, the Democratic vice-presidential nominee and a churchgoing Catholic, briefly escaped obscurity by telling an audience of L.G.B.T. activists that he expects his church to eventually bless and celebrate same-sex marriages.  [Quisling.]

In short order his bishop, Francis X. DiLorenzo of Richmond, Va., had a statement out declaring that the Catholic understanding of marriage would remain “unchanged and resolute.” [That’s not enough.  CAN. 915!]

In a normal moment, it would be the task of this conservative Catholic scribbler to explain why the governor is wrong and the bishop is right, why scripture and tradition make it impossible for Catholicism to simply reinvent its sexual ethics.

[NB] But this is not a normal moment in the Catholic Church. As the governor was making his prediction, someone leaked a letter from Pope Francis to the Argentine bishops, praising their openness to allowing some divorced-and-remarried Catholics to receive communion.

The “private” letter was the latest move in a papal dance that’s been going on since Francis was elected. The pope clearly wants to admit remarried Catholics to communion, and he tried by hook and crook to get the world’s bishops to agree. [There Are Fifty Ways To Rig A Synod.] But he faced intense resistance from conservatives, who pointed out that this reform risked evacuating the church’s teaching that sacramental marriages are indissoluble and second marriages adulterous.

The conservative resistance couldn’t be overcome directly without courting a true crisis. So Francis has proceeded indirectly, offering studied ambiguity in official publications combined with personal suggestions of where he really stands.

This dance has effectively left Catholicism with two teachings on marriage and the sacraments. The traditional rule is inscribed in the church’s magisterium, and no mere papal note can abrogate it.

But to the typical observer, it’s the Francis position that looks more like the church’s real teaching (He is the pope, after all), even if it’s delivered off the cuff or in footnotes or through surrogates.

That position, more or less, seems to be that second marriages may be technically adulterous, but it’s unreasonable to expect modern people to realize that, and even more unreasonable to expect them to leave those marriages or practice celibacy [continence] within them. So the sin involved in a second marriage is often venial not mortal, and not serious enough to justify excluding people of good intentions from the sacraments.

Which brings us back to Tim Kaine’s [BOOOOO!] vision, because it is very easy to apply this modified position on remarriage to same-sex unions. If relationships the church once condemned as adultery are no longer a major, soul-threatening sin, then why should a committed same-sex relationship be any different? If the church makes post-sexual revolution allowances for straight couples, shouldn’t it make the same ones for people who aren’t even attracted to the opposite sex?

An allowance is not the same thing as a blessing. [Ummm…] Under the Francis approach, the church would not celebrate second marriages, and were its logic extended to gay couples there wouldn’t be the kind of active celebration Kaine envisions either.

Instead, the church would keep the traditional teaching on its books, and only marry couples who fit the traditional criteria. But it would also signal approval to any stable relationship (gay or straight, married or cohabiting), treating the letter of the law like the pirate’s code in the “Pirates of the Caribbean” movies: More what you’d call “guidelines” than actual rules.

The cleverness of this compromise, in theory, is that it leaves conservative Catholics with that letter to cling to, and with it the belief that the church’s teaching is supernaturally guaranteed. Thus there is no crisis point, and less risk of imitating Anglicanism’s recent schisms.  [We don’t know that.]

At The Spectator, Damian Thompson has reacted to Douthat.  Let’s enter n medias res (with my usual treatment – “ZISK”):

Douthat is surely right that the Pope planned to relax the rules dramatically, but last year’s synod of bishops sent him a clear message that it wanted the communion ban upheld. Having called the synod, Francis had backed himself into a corner. There were, however, a few ambiguities in Amoris Laetitia – deliberate ones, we can now see – that allowed liberals to argue that, if you read between the lines, the Pope had changed the rules.

That’s what the Argentine bishops have just claimed, spinning the document so far in a liberal direction that it’s almost unrecognisable. But not unrecognisable to its author, Francis. He barely had time to read the guidelines – sent to to him in a semi-finished state – before he said:

‘The document is very good and completely explains the meaning of chapter VIII of Amoris Laetitia. There are no other interpretations.’

There are no other interpretations. Uh? As Dan Hitchens points out, ‘the bishops of Poland and Costa Rica have said they’ll stick to the established practice; so has Bishop Philip Egan of Portsmouth, Archbishop Charles Chaput of Philadelphia, and – in a document released last week – the six bishops of Alberta, Canada.’ They won’t be changing their minds. [And more bishops will do this, too.]

According to the bishops of Buenos Aires, couples living in sexually active second marriages don’t need ‘permission’ to receive the sacrament. They should, however, exercise ‘discernment’ guided by a priest. You’ll need to read the whole text to grasp their convoluted argument.

The episode raises some puzzling questions. Here are a few of them. It’s too early to be confident of the answers.

• Why did Francis approve a highly contentious draft document in such a rush? Some of the Pope’s critics describe the Bergoglian modus operandi as ‘Jesuitical’, meaning manipulative. But the Society of Jesus is intellectually subtle; this looks more like moving goalposts in the middle of the night and being caught in the spotlights. It’s bizarre. You can’t help wondering if someone close to the Pope had a hand in drawing up the guidelines for Francis’s former diocese, which might mean that he was familiar with them long before September 5.

• Are the Buenos Aires guidelines on communion for the divorced-and-remarried intended for the whole Catholic Church? After all, they’ve received the papal imprimatur. Unlikely, at least in the short term. The Polish and African bishops aren’t about to let a pope with such a rudimentary grasp of theology overrule the verdict of Jesus in Mark’s Gospel: ‘Whoever divorces his wife and marries another woman commits adultery against her’. Francis must realise this. Is he therefore happy to tolerate ‘local’ solutions to pastoral problems – in other words, a Catholic Church in which doctrine is geographically adjusted, as it is in different provinces of the Anglican Communion and rival Orthodox patriarchates? Moving to that structure won’t be a smooth experience and the church won’t be very catholic if it happens. Is Francis so convinced of his own position (whatever that is) that he’s ready to countenance schism?

• Could this startling pronouncement herald a shake-up of the Vatican’s doctrinal watchdog, the Congregation for the Doctrine of the Faith? Francis doesn’t hide his low opinion of its prefect, Cardinal Gerhard Müller, a conservative appointed by Benedict XVI. If Müller were sacked and replaced by, say, Cardinal Christoph Schönborn – an Austrian nobleman and former Ratzinger protégé who has turned into a liberal waffle-merchant in his old age – then the Buenos Aires guidelines could be infiltrated into middle-of-the-road dioceses. (Westminster, for example, where the local bishop, Cardinal Vincent Nichols, has been described as ‘probably the leading papolator in the college of cardinals’.) This would still raise the spectre of schism.

• Alternatively, might the Pope simply lose interest in the divorced-and-remarried question? Don’t rule it out. Fr Raymond de Souza argues in the Catholic Herald, that Francis has a habit of making impulsive, sweeping decisions and then reversing them. He asks: ‘Does the improvisational, non-consultative mode of the Holy Father’s reforms mean that he can move fast, going back to fix up the details later? Or does it mean that he simply goes back, undoing what he had proposed to do for lack of proper preparation and attention to detail?’ To put it differently, is Bergoglio a Machiavelli or a Baldrick?

Fr. Z is the guy who runs this blog. o{]:¬)
View all posts by Fr. John Zuhlsdorf →
This entry was posted in 1983 CIC can. 915, Sin That Cries To Heaven and tagged Amoris Laetitia, Argentina, Damian Thompson, divorced and remarried, homosexuality, Tim Kaine, zisk. Bookmark the permalink.