A Pope in hell? With the death of Nicholas IV, the see of Peter was vacant for three years.  Pietro was eventually elected “by inspiration” in 1294. He took the name Celestine.
Celestine came out of the blocks with a strong spiritual program.  He created 12 cardinals, the number of the apostles, including 5 monks.  Celestine was inspired by the musings of Joachim de Fiore.  Celestine probably wanted to ring in a new age of the Spirit, with a strong monastic dimension, in preparation for the end times.

The former Pope-monk but once-again-Peter fled Rome and went to his hermitage back in the hills of central Italy and Apulia.  He tried to get out of Italy to Greece, but he was apprehended in June 1295 and brought to Boniface.  Boniface imprisoned him.  Peter Celestine died a year later on 19 May 1296 and was buried in L’Aqulia.

Dante, in his Divine Comedy, in Inferno 3, places in hell someone whom we think may be Peter Celestine V.  Dante calls him “the shade of him who in his cowardice made the great refusal”.  “The great refusal” being the rejection of the highest office to which one might ascend in this world, with all the duties and responsibilities and implications for the bonds of society that that office carries.

Remember that the Divine Comedy is about, among other things, the interrelationship of the secular and the sacred.  Dante was writing political theory in the Divine Comedy.  His Hell is constructed to reflect the ways in which people harm not just themselves, but also the bonds of society.

Dante would have hated Peter Celestine’s abdication also because he opened the way for Dante’s great enemy Boniface VIII, whom he detested.

If you have never read the Divine Comedy, you should.

When Pope Benedict visited the tomb of Pope Celestine he left his palium there, that first one he used, the longer paleo-palium. 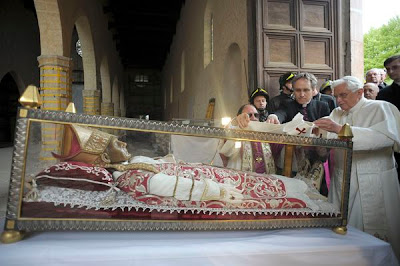 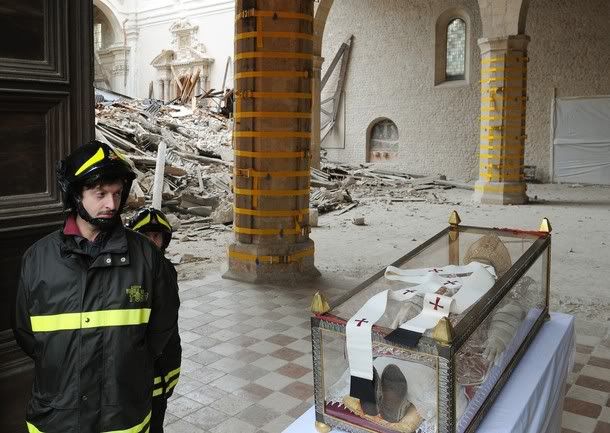 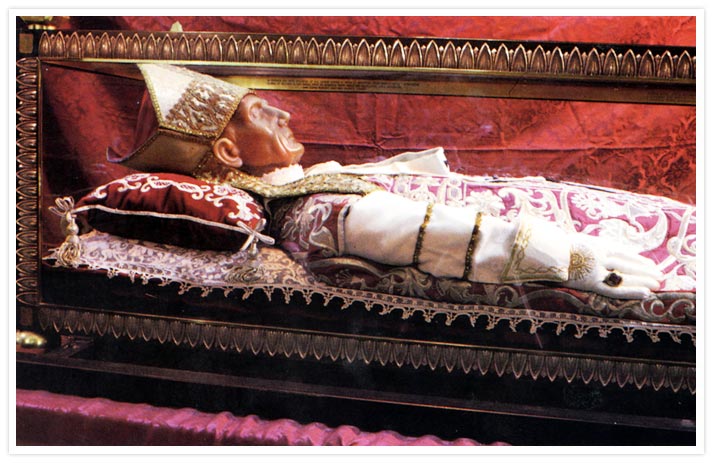 Fr. Z is the guy who runs this blog. o{]:¬)
View all posts by Fr. John Zuhlsdorf →
This entry was posted in Linking Back and tagged St. Peter Celestine. Bookmark the permalink.