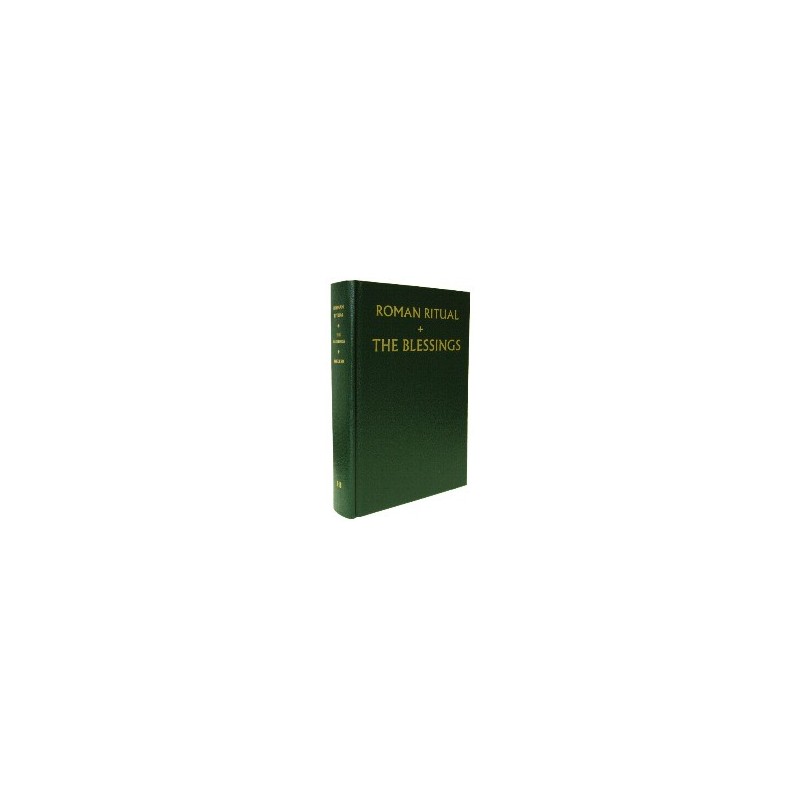 Yes, I have blessed smart phones, tablets and computers.

Consultation with exorcists will inform you that demons are really good at infesting electronic equipment.  I’ve heard enough scary stories from exorcists about that to leave me cautious and, at times, alarmed.

Hence, yes, I have blessed smart phones, tablets and computers.

Today I see at The Catholic Thing an offering about this very topic by Ines A. Murzaku. Let’s have a glance at some of it with my usual treatment.

A blessed smartphone or tablet? Yes. Parishioners at St. Matthew’s Church in Marsala (Sicily) were asked by Fr. Alessandro Palermo, a 30-year-old parish priest, to bring their smartphones and tablets to church for a special benediction this year before Christmas on the feast of St. Lucy: “With the advent of the Internet, social media and the technological revolution, mobile phones have become very important, we keep them always with us.”

Misuse of a cell phone or smartphone can result in a number of physical problems: digital eyestrain, blurred vision, headache, and other symptoms.

But worse than physical damage, misuse of technology can cause moral damage. “Eyes and sight must be educated, protected, trained even when we look at the screen of our mobile phone. It is not a question of health (staring too much with your eyes on a screen can hurt people’s vision), but it is also a moral issue,” explains Fr. Palermo.

In other words, smartphones can tempt us to evil thoughts through evil sight, so the eyes of the person who uses technology need protection and benediction. The tragedies caused by misuse of smartphones have ruined lives and have caused even death. “That is why a blessing can do good, not to the phone but to the people who use it,” said Fr. Palermo.  [Ummm…. I’m going to disagree with Father.  Both object and person can and must be blessed.  First, people should get into the habit of asking priests for a blessing.  That’s what priests are for.  However, I think that the phones, etc., ought to be blessed as well, precisely for the reason that I mentioned at the top.  Demons can infest places and things.  The sinful use of places and things can result in demonic infestation, which I think we will all agree is a sub-optimal situation.  But there’s more, I think, behind Father’s statement… read on.]

But what does Saint Lucy have to do with smartphones?

Saint Lucy (Santa Lucia in Italian) was a Christian martyr, patroness of Syracuse in Sicily who lived between A.D. 283 and 304 and died during the Diocletian persecutions of A.D. 304. According to tradition, she had her eyes gouged out. So she is the patron saint of the blind, glazers, and authors – and by extension seems poised to become a special guide for the beneficial use of digital media. [Taking “custody of the eyes” to a new level.]

“That is why I want to bless the smartphones,” comments Fr. Palermo. It’s important to understand what happens when the Church blesses an object. The Catholic Benedictionary or Book of Blessings includes benediction of “the instruments of social communication” (No. 927), or the blessing of things designated for ordinary usage.  [Herein lies the problem.  The “Book of Blessings” – which I will never use, contains all sorts of prayers which bless the people who might use something, but doesn’t actually bless the places or things.  The preface in the book eliminates the distinction between invocative and constitutive blessings, which is very bad indeed and reflects the worst of post-Conciliar, modernist tendencies.  The numbering of the Latin De Benedictionibus is different from the edition cited in the article, but I found the referenced “blessing” (not).  More, below.]

The Church sees reasons to bless many kinds of things: from grapes to wine for the sick; from medicine to beer, cheese or butter; from lard and oil to salt and oats for animals; from fire and airplanes to railway cars. Then, why not bless the most cherished modern object: the smartphone? The following formula from the Rituale Romanum of 1962 may be used by any priest for the blessing of anything that does not have its own special blessing:

God, whose word suffices to make all things holy, pour out your blessing + on this object (these objects); and grant that anyone who uses it (them) with grateful heart and in keeping with your law and will, may receive from you, its (their) Maker, health in body and protection of soul by calling on your holy name; through Christ our Lord.

[It (they) is (are) sprinkled with holy water.]  [I’d use Latin.  The Devil really hates Latin.  And, yes, that blessing blesses things with a constitutive blessing.]

The Church has always displayed a passion for and attention to communication, through word or image, pen or paint. For every affliction and addiction, the Church has a Benediction. However unusual it may at first appear, in blessing mobile devices, the Church has begun a much-needed outreach, urging people to get the best out of technology and to use smartphones smartly, so that, rather than instruments of immorality, our devices become instruments of virtue and well-being.

Again, in that last part, the writer gets that the phone should be blessed.  The Sicilian priest said not the phone but the person.

Fr. Z says, both the phone and the person.

In De Benedictionibus (the dreadful Latin edition of the “Book of (non-) Blessings”) I found a section for “”Buildings for advancing social communication”, which would be radio stations, movie theaters, etc.  De Benedictionibus was issued in 1984.  I have its 1993 reprint.  In other words, this was before smart phones. I suspect there are newer editions… though I will never buy one.   I suspect that in any newer edition, the same wrong-headed and newfangled notion would be followed.

In the aforementioned “blessing” of a, say, TV studio, we read, “famulos tuos, Domine, respice benignus, qui his utentur technicis istrumentis…  O Lord, look kindly on your servants who use these gizmos…”.  Later the formulary blesses the people present, not the things to be used.  FAIL.  That’s the “Book of Blessings”, however.  Always the people, never the things or places.

Take things to Father to be blessed.  And head off the horrid Book of Blessings by taking with you a copy of the blessing from the Rituale Romanum “for all things” (or the more precise one if you can find it, for example, at the useful Sancta Missa site),

Sprinkle with holy water (hopefully blessed with the older Rituale).

Now, please allow me to rant.

As I have written before, …

Does anyone believe that the Devil stopped attacking in the 60’s?

My recollection of the 60’s suggests that Devil’s attacks redoubled and with great effect.

Consider how the liturgical “reformers” with the inexplicable approved of Paul VI, dropped the exorcisms from the rite of Baptism, despite the teaching of the Church about the Enemy and  the effects of Original Sin.

Consider how the orations of Holy Mass in the Roman Rite were stripped of their clear references to sin, expiation, propitiation, judgment.

Consider how a “Book of Blessings” was issued that doesn’t really bless things or places, despite the clear fact of demonic activity.

Consider how a new rite of exorcism was published, which greatly diminished the power and efficacy of exoricisms.

Consider how the “Leonine Prayers” after Low Masses were dropped, which included the invocation of St. Michael the Archangel.

It is as if the Church simply caved in before the world and its Prince.

“But Father! But Father!”, you snivelers yammer from behind your Fishwrap, “The Council was lead by the spirit!  The spirit of the Council!  Everything is so much better now! It’s undeniable.  But yoooooou… you and your … your… GAH!  Vatican II didn’t go nearly FAR ENOUGH!   Küng says so!  But yooooou… you can’t see that because you don’t have the spirit of the Council!  And she doesn’t like you at all!  Why?  WHY?!?  Because YOU HATE VATICAN II!”

I love Vatican II so much that I won’t lie about it.

These days we have all manner of priest and prelate feeding us B as in B and S and in S about 2+2 equaling 5, and even worse phonus-balonus that people who are in the state of mortal sin can without a firm purpose of amendment receive the sacraments.  They attack the very foundations of the Faith.

This is the work of Satan.  You can tell that it is from the Enemy of the soul because it is creating greater and ever more bitter division and confusion.

And yet the great spiritual weapons Holy Church has in her arsenal are not being used, and indeed are being locked away by those who should have them firmly in well-trained battle-toughened hands.

Our Savior said that this world has its Prince.

We are in a constant state of spiritual warfare.  The Enemy neither lays down arms nor ceases the attack just because we idiots stop defending ourselves.  How stupid is that, anyway?

When we bless things or places with constitutive blessings, we rip them from the grasp of the Prince of This word and hand them over to Christ the King.

We must reclaim what has been lost and reintegrate it into our regular practices and daily lives.  We need what was won for us and handed down through the centuries of our forebears’ experience.

We need a wide-spread renewal of the older, traditional Roman Rite.

For the umpteenth time, no initiative we undertake in the Church will succeed without a revitalization of our sacred liturgical worship.

Fr. Z is the guy who runs this blog. o{]:¬)
View all posts by Fr. John Zuhlsdorf →
This entry was posted in "But Father! But Father!", "How To..." - Practical Notes, Hard-Identity Catholicism, Liturgy Science Theatre 3000, Wherein Fr. Z Rants. Bookmark the permalink.