BOOKS RECEIVED: Taylor Marshall’s “Infiltration: The Plot to Destroy the Church from Within”

Prayers, please. I am down with a head cold, very stuffed up, head-achy, and fatigued.

Hence, I am catching up on some reading.  I have a stack of … no, rather … stacks and stacks of books pressing on me, calling to me.

In such conditions, I grabbed up one that promised to be a little “sensational”.

Today, I’ve read most of Taylor Marshall’s Infiltration: The Plot to Destroy the Church from Within.

Marshall’s basic point cannot really be disputed. He argues that, from the 19th century onwards, masonic and leftist secret groups – hence, Satanic – have been infiltrating the Church so as to overturn and twist her mission from within. This is clearly the case. There is too much evidence for this to deny it. Marshall takes a strong cue from the goals of the Alta Vendita in Italy which set forth a goal to, through infiltration, eventually wind up with their own Pope. You can guess, I’m sure, where he’s going with this.

Meanwhile, it is an extremely easy read and it includes some great summaries of turning points in the Church’s modern history. He closely ties in the Fatima Event (which I think is ongoing) and points to key turning points such as the Lateran Pacts as accelerating the internal takeover of the Church by her enemies. You get a sense that the book was written rather quickly, and it races along. Some footnotes, not many, substantiate certain parts. He quotes some rather curious sources, including something by the execrable Hitler’s Pope by the execrable John Cornwell, the very mention of whom should cause true Catholic eyes to itch and tear up. His appendices include both versions of the Message of La Salette, the text of the Permanent Instruction of the Alta Vendita, Dates of Indults for Communion in the Hand, and a Timeline of the Life of Ex-Cardinal Theodore McCarrick.

As you can imagine, he has sections on the Sankt Gallen Maffia, the resignation of Benedict XVI and… yes, you’ve been waiting for me to say it… the election of Francis in 2013.

In conclusion, there are two chapters on “Solving the Current Crisis” and “Spiritual Weapons against Demonic Enemies.” The whole book is framed as Satan’s attack on the Church, he even begins with Paul VI’s image of the smoke of Satan. Actually, what he says about that was quite interesting, and included a couple angles I hadn’t thought of.

As bonus, the preface is written by Bp. Athanasius Schneider. I’ll tell you: the book’s purchase would be worth it for that preface alone! Schneider is great.

Another book I have worked on a little on and off is of quite a different nature. Quasi Labor Intus: Ambiguity in Latin Literature – Papers in honor of Reginald Thomas Foster, OCD

There are some bits in the forward that might upset the view of some people about the clarity of Latin.

On the docket is also, the newest offering in Italian, speaking of “sensational” by Antonio Socci, Il segreto di Benedetto XVI: Perché è ancora Papa.  (Benedict XVI’s Secret: Why He Is Still The Pope) 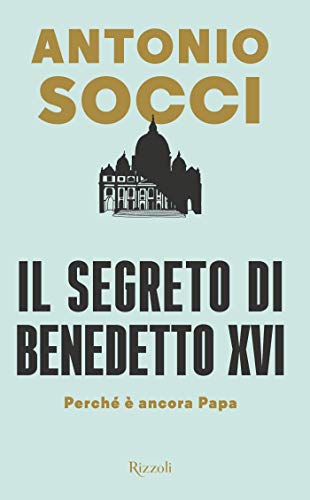 It is now in English, too, but I don’t have that.

The English version, by the way, screwed up the title. On purpose? I’d bet on it.

Socci wrote a pretty good book on the “Third Secret of Fatima” some time ago.    He contends that it has not yet been accurately revealed.  US HERE – UK HERE  Marco Tosatti’s book is a little better on the topic.

And with that, I close the circle I opened with Marshall’s book, which also looks closely at the Third Secret.

BTW… did you know that Paul VI met three times with Saul Alinksy?  And that Jacques Maritain a favorite of Paul was an Alinsky enthusiast?  And that Alinsky was a Montini enthusiast?

This (and bad cold) is enough to make your head ache and eyes tear up.

Fr. Z is the guy who runs this blog. o{]:¬)
View all posts by Fr. John Zuhlsdorf →
This entry was posted in Francis, Latin, Pò sì jiù, The Coming Storm, The Drill, The future and our choices and tagged Fatima, infiltration, Taylor Marshall. Bookmark the permalink.