I had this question from a reader. I get this every once in a while.

Can Holy Water, Epiphany Water, Easter water, be diluted and still maintain their efficacy? And, if yes, to what extent?

Here is something I posted a few years ago. I repost it now, because there are comments at the beginning (from much happier times) that are important.  They tie into, I think, also the attack on Tradition that is going on.  The attack on the Traditional Latin Mass is also an attack on the priest, as priest, in the Church.  This is because the TLM conveys many things about the priest that the Novus Ordo does not do either well or at all.   Destroy the TLM and the traditional understanding of priesthood is undermined.  They want that. What are priests for?

The role of the priest is to confect the Eucharist, absolve sins, impart blessings, preside at all manner of approved rites.   The jocular Scriptural basis for this is, of course, “For God so loved the world that he did not send a committee.”   Priests these days are pulled into all sorts of parish activities because of their role of governance in the Church, which goes along with their priestly and prophetic roles.  However, governance has been drawn down into the minutiae which can, if permitted, take him away from what he is really for: offering the Sacrifice, absolutions, blessing.

There has been for many decades now an erosion of the identity of the priest and of the bishop.  As the lodestone of liturgical worship which energized and activated them weakened, other forces drew them in.  Now they are pulled into all sorts of things and away from what they ought to be doing.

This struck me forcefully during the 7.5 hour ceremony for the consecration of the new Gower Abbey church.   There was no other place where it was better for priests and bishops to be.  What was going on there is precisely why we are ordained.  We were kicking the Enemy out of the place with mighty rites of cleansing and exorcising.  We were readying the sacred space for the people to enter.  We were making it into a mighty transceiver of grace and intercession.  That’s what priests and bishops do.  Only they can do it!

Hence, they should be allowed to be free enough to do those things that only they can do, for the sake of the People of God.

This little rant is a prelude to a question I received.

I was asked to help clean our parish Baptismal font (also use as a holy water font by parishioners). When we finished putting about 30 gallons of fresh water in it I was instructed to get one cup of holy water from the holy water container by the main entrance.

When I placed the cup of holy water in the baptismal font I was told this made all 30 gallons holy water?

It does not seem right to me? Can you tell what is going on?

Your sense did not fail you.  That wasn’t right.

First, it sounds as if you have one of those “font of living waters” gizmos or one of those “wading pools”.   They are sort of silly, but let that pass.

Some people are under the impression that adding a little Holy Water to a large amount of unblessed water will render the whole into Holy Water.

Some say that you can add some Holy Water to regular water as you describe.  Some will even say that so long as you add the same amount of Holy Water to regular, plus just a bit more – like one percent – and that’ll do the trick.  Thus, you would double the amount.  I think that’s a bad approach.  We should be more prudent and respectful.

But, in the meantime, let’s use the analogy of how much water can be, should be, added to the wine at the offertory in the preparation of the chalice. 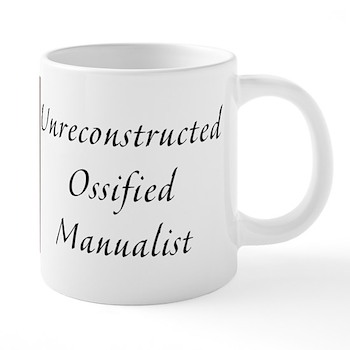 Manualists say that no more than 1/5 (one fifth) of the volume of the wine should be added  by the water to be sure that the substance of the wine has not been compromised and, therefore, consecration would be invalid.  One fifth.

Let’s now apply this for the combination of Holy Water to water.  I would say that perhaps 1/5 of the volume of the Holy Water in regular water could be added to the Holy Water, in order to increase its volume by 20%.  And I think you could do that once.

You see… I think that Holy Water is important.  You don’t fool around with this stuff because we use Holy Water for serious purposes.  It is not a toy, part of a game, or a souvenir.   Holy Water puts to flight the influence of the Enemy.

That’s why I have never, not even once in 27 years of priesthood, ever used the new prayers for “holy water”.  I have always ever used the older, traditional form, with the exorcisms of the salt and the water before their blessing and mixing.

Here is the REAL solution for the concrete case described above.

Father should get off his backside, go over to the church and BLESS THE WATER (use the the older Ritual, in Latin, TC and the DD be damned).

If Father can’t be bothered because he is involved with more important things, like a committee meeting, then, I contend, his priorities are screwy.  Sure, he might not be able to come at this very minute, but that’s his job: bless stuff.

Fr. Z is the guy who runs this blog. o{]:¬)
View all posts by Fr. John Zuhlsdorf →
This entry was posted in "How To..." - Practical Notes, ASK FATHER Question Box, Hard-Identity Catholicism, Mail from priests, Pò sì jiù. Bookmark the permalink.