A negligent Fr. Z thanks readers

I have been remiss in send out thanks to readers who have use my amazon wish list to send me items as wondrous as they are going to be time consuming.

In my defense, however, I was away from the Sabine Farm for a while.  On my return I found a prodigious great stake of packages.

First, I must say that some books have come, but without any indication of who sent them.

For example, without attribution I received

The Catholic Thing by Rosemary Haughton 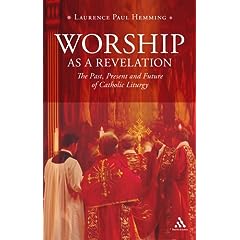 The Thought of Pope Benedict by Aidan Nichols

and something I am sure I need…

Worship as a Revelation by Laurence Paul Hemming

This last one is an interesting book, though I have some problems with it as I read.  Very engaging, however.

Thanks to … whoever you are.

On the other hand, MA of CA sent Temple Themes in Christian Worship by Margaret Baker.

Lobscouse and Spotted Dog: Which It’s a Gastronomic Companion to the Aubrey/Maturin Novels (of Patrick O’Brian) by anne Chotzinoff-Grossman

This is packed with thoroughly researched and tested recipes from historic cookbooks for food mentioned in O’Brian’s books.  Utterly fascinating, and at times enticing or revolting!

Also… A Sea of Words, Third Edition: A Lexicon and Companion to the Complete Seafaring Tales of Patrick O’Brian by Dean King.

If you are going to dig into this series, this would be a handy book to have around.

The Organic Development of the Liturgy: The Principles of Liturgical Reform and Their Relation to the Twentieth Century Liturgical Movement Prior to… etc.  by Alcuin Reid.

I am much obliged!

Many thanks to you who have used the donation button on the left-side bar and also on some posts (such as the present).  I am trying to get myself to London for the launch of the new journal Usus Antiquior, which I think will be an important tool of liturgical reform.

As always, I remember those who give donations during Holy Mass, as is fitting for priests to do regarding benefactors.