Here is some of my weekly article for this Sunday.

What Does the Prayer Really Say?   25th Sunday after Pentecost (4th after Epiphany) (1962 Missale Romanum)

As we approach the end of another liturgical year, a strange thing happens in the Church’s traditional, pre-Conciliar calendar.  After the 22nd Sunday after Pentecost, the Sundays left over after Epiphany, way back after Christmas, are pulled out of the freezer, warmed up and served.  And “left over” is not a flippant description.  In the older Missale Romanum our Sunday is “Dominca quinta quae superfuit post Epiphaniam”.  Superfuit is from super-sum, which the super Lewis & Short Latin Dictionary , indicates is “to be over and above, either as a remainder or as a superfluity”.

So how can Sundays be ‘left over’?”  Here is what happened.

In structuring our liturgical calendar we Christians depend on the vagaries of the moon.  The date of Easter each year is fixed according to when the spring full moon occurs.  Since the moon isn’t always full on the same date, the date of Easter Sunday shifts.  Lent, however, has a fixed length. Thus the beginning of Lent slides around, earlier or later depending on that spring full moon.  At the other end of the equation, Epiphany (the real Epiphany) is a fixed date: 6 January.  Since the beginning of Lent slides around, the time between Epiphany, which begins on 14 January, and Ash Wednesday and Septuagesima (three weeks before), is longer or shorter depending on when the moon is full in the spring.  There can be many as six Sundays between Epiphany and Septuagesima which can fall from 18 January to 22 February, that is from the 2nd until the 6th Sunday after Epiphany.  Therefore, when Lent begins earlier the texts for as many as four Sundays after Epiphany slated to be celebrated up to Septuagesima must be skipped.  On the other end of the Lent/Easter cycle, Pentecost also shifts its date.   Pentecost is always the same number of days after the movable Easter.  The twenty-four Sundays allotted after Pentecost are not enough to get us all the way to the end of the liturgical year, back around to Advent.  Depending on the date of the spring full moon, there can be a gap of a several Sundays between the 22nd after Pentecost and last Sunday before Advent. Therefore, Holy Church uses those “movable” Sundays left over after Epiphany as fillers until the final Sunday of the year, which liturgically is always the 24th Sunday after Pentecost … even if it isn’t ordinally the 24th. So, at the end of the Church’s year, in the traditional calendar, we usually get left over Sundays.

In the newer, post-Conciliar calendar the shift in the moon also changes how many Sundays of “Ordinary Time” we can squeeze in after the Christmas season ends with the Baptism of the Lord (a mystery yanked away from the Feast of Epiphany).  Again, due to the shifting dates of Pentecost some of the Sundays of Ordinary Time in the middle of the calendar are blotted out by the tail end of the Easter season. At the end of the liturgical year in the newer calendar, the last Sunday is always fixed as the 34th Sunday of Ordinary Time, celebrated as the Solemnity of Christ the King.  In the older calendar Christ the King is observed on the last Sunday of October.

In the older, traditional calendar we have not only the rather more interesting Septuagesima and the pre-Lent Sundays, we also have the Seasons of Epiphany and Pentecost for what is called our tempus per annum… “time through the year”.  In the post-Conciliar calendar we call the tempus per annum “Ordinary Time”.  “Ordinary” refers to “order” rather than “ordinariness”.  The Novus Ordo’s “ordered” time is split into two unequal parts.  An old clerical friend of mine calls them “greater and lesser ‘meatloaf’”.  I think he prefers the traditional reckoning.  Whereas in the ordinary Novus Ordo calendar we just throw the unconsumed “meatloaf” Sundays away, in the Church’s extraordinary calendar we conserve the left over Sundays in the back of the liturgical ice-box and pull them out later if needed.  Either way, as is the case with many things preserved lovingly in the refrigerator for a long time, these Sundays are green… with hope, of course.

Let us now examine the Collect for this 25th Sunday after Pentecost in the traditional, Extraordinary calendar of the Roman Rite, the texts for which are revived from the 4th Sunday remaining after Epiphany.

I found this prayer in the Hadrianum, Augustodunensis, and the Liber sacramentorum Romanae ecclesiae ordine excarpsus.

Many prayers in the 1962 Missale Romanum survived the snipping and pasting experts brought in by the Consilium under Cardinal Lercaro and Father Bugnini.  Sometimes you can hunt them up pretty easily.  Often prayers conspicuous and repeated on certain Sundays for centuries survived but in an altered form or removed to a remote corner, almost never to be seen again unless you are writing columns on what the prayers really say.  At the time of this writing, I am visiting a well-known seminary in the USA and shooting the breeze with seminarians, one of whose computer I am using because of connectivity problems.  When in an index of words used in the 2002, 3rd edition, of the Missale Romanum I found that this prayer was in fact in the section of votive Masses as some third option or other, one the men quipped, “for deceased pets”?  You see, there are so many options and possibilities in the new books that they are, well, hard to take seriously.  As it turned out, today’s prayers lives in the 2002 Missale Romanum as the optional Collect for the third schema for a votive Mass pro quacumque necessitate… “for whatever necessity”. 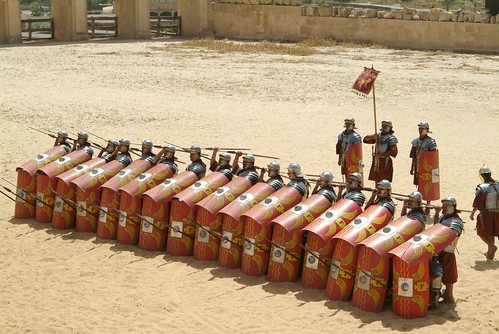 Our L&S shows that constituo is quite complex.  What interests us is its meaning of “to cause to stand, put or lay down, to set, put, place, fix, station, deposit a person or thing somewhere (esp. firmly or immovably), etc. (the act. corresponding to consistere”).  It is thus also a military term, “to station or post troops somewhere, to draw up, set in order”.  When the past participle is used as an adjective, it is “constituted, arranged, disposed; fixed, established”.

On the other hand, in Classical usage subsisto means “to take a stand or position, to stand still, remain standing; to stop, halt”.  It comes to mean especially in military contexts, “to stand firm, hold out; to withstand, oppose, resist”.  In later Latin such as in the Vulgate in the Book of Job it is, “to remain alive”.  Also in late Latin, it is “to stand or hold good, to subsist”.

LITERAL TRANSLATION
O God, You who know that we, set in such great dangers,
are not able to hold out because of human fragility:
grant us health of mind and body;
so that, You helping us, we may vanquish
those things which we suffer on account of our sins

The juxtaposition of “such great dangers” and nos constituti, with the final word vincamus, suggests immediately the military image of us as being “drawn up in ranks”.  We are, after all, members of the Church Militant.

A couple days ago, I visited the American Civil War battlefield at Gettysburg.  In the museum among the displays designed in the modern style so that people, especially children, can have also a “hands on” experience, there was set up a regular Union soldier’s backpack with musket.  Anyone could try to lift it, to get a sense of the burden, over 60 pounds, the soldier carried at all times.  It was interesting to watch the children, who couldn’t budge it, and the faces of their fathers, trying to conceal effort in front of their children.  The backpack of the ancient Roman legionary, the sárcina, with the usual 17 days of rations, weighed between 95-100 pounds.  St. Augustine of Hippo (+430) often referred to the burden of his duties as bishop as his sarcina.

Our Collect gives us the image of the Christian as soldier, weary in mind and body, in danger both from the elements and the enemy.  We are drawn up in ranks (constituti) at the moment the prayer is uttered by the priest, standing in the front of the ranks like an officer.  We are drawn up facing our great Captain, our King.  Christ the Lord is coming from the liturgical East.  His banner is the Cross.

Because of the Fall of the entire human race, which consisted of our First Parents, we all suffer the wounds of Original Sin.  We have a weaken mind, our intellect and will being clouded and unsure.  Our bodies are subject to disease, age and other difficulties.  The world’s environment itself is out of harmony as a result of the fall.  It is our lot to toil, not just work, by the sweat of our brow.  We are in a world dominated by the Enemy, this world’s “prince” set against us and against the King.  The Enemy will attack us relentlessly, both in covert operations through our memories, thoughts and appetites, through other material means, and through more dramatic assaults.  Without God’s help, we would be lost.

We have our Church and the help of grace.  Christ promised He would be with us to the end of the world and that the Church, to whom He gave His own authority to teach, govern and sanctify us, would in the end vanquish the enemy, who will not prevail.

The Introit invokes the image of captivity (Jeremiah 29, Ps 84).  In the Epistle for this Mass, Paul, writing to the Romans (13:8-10) speaks of our weaknesses through which the Enemy attacks us from within and the remedy of true charity, love of self and neighbor.  In the Gospel (Matthew 8), in the little boat with the terrified apostles Christ calms the storm and waters.  The Gradual has us pray about God freeing us from those who hate and afflict us (Ps 43). The Alleluia and Offertory echo our lot: “From the depths I cry to you, O Lord” (Ps 129 – De profundis).  The Secret again speaks of “fragilitas nostra” and asks God for protection from evil.  The Postcommunio makes reference to the allurements of this world as opposed to heavenly things which are true nourishment.   The texts of the whole Mass present a serious, even stark, image of our situation in this vale of tears.  The Mass goer who is attentive to the texts will more than likely engage in a good examination of conscience, provoked by the texts themselves.

At the same time, the texts tell us that though our lot is a hard one, and we are staring out into it from the soldiers and battle lines arrayed for conflict, at the end we, not the Enemy, will be victorious. With God, we will vanquish (vincamus) whatever afflicts us.