The origin of the term “nova” Long-time readers of WDTPRS know that I often post about astronomical phenomena.

I was looking up a few things about astronomers and happened on some interesting tidbits on the false-nosed Dane, Tycho Brahe (+1601), interesting especially since I find news stories about moose to be amusing.

Amusing when they aren’t deadly.

By the way, as he was in extremis Tycho is thought to have uttered to Johannes Kepler the words "Ne frustra vixisse videar".  Kepler came to work with Brahe in 1600. Ironically, after Brahe died the next year, the Copernican Kepler stole his data.

Did you know that Tycho … really, Tycho Brahe had a pet moose?

Yes, indeed.  At his castle, Landskrona, – Tycho was very rich – he kept a moose which followed him around, … along with a clairvoyant dwarf named Jepp.

Please no "white dwarf" jokes from you astronomers, this is serious.

But first, this is where the amusing part begins.

Tycho was going to lend his moose to a friend, a Landgrave, for a race against a reindeer to determine which was faster.

A question we often ask ourselves where I grew up, by the by.  And to think I also have Danes in my family tree.  Hmmmm…  I digress.

Sadly, Tycho was unable to hold up his end of the race.  The moose went to its untimely demise when it drank too much beer and fell down the stairs.

It may not have been so funny at the time, now that I reflect on it… but…

Tycho, who wore a fake nose of metal after a little dueling problem, observed a bright unmoving star which was "new" in the sense that it did not conform to the ancient Aristotelian ideas of immutable heavens, etc: it suddenly appeared and got brighter, which in a perfect heaven shouldn’t have been happening!

What Tycho observed was Super Nova 1572 in Cassiopeia.  It grew to be as bright as Venus!

Tycho wasn’t the first to spot the change to this new star, which brightened from 2-6 November 1572, but he was the one with whom it has ever after been associated because of his 1573 work De nova et nullius aevi memoria prius visa stella.

So, Tycho seems to have coined the term "nova" for this sort of star … though it may have been a Swiss named, I am not making this up, Fritz Zwicky. 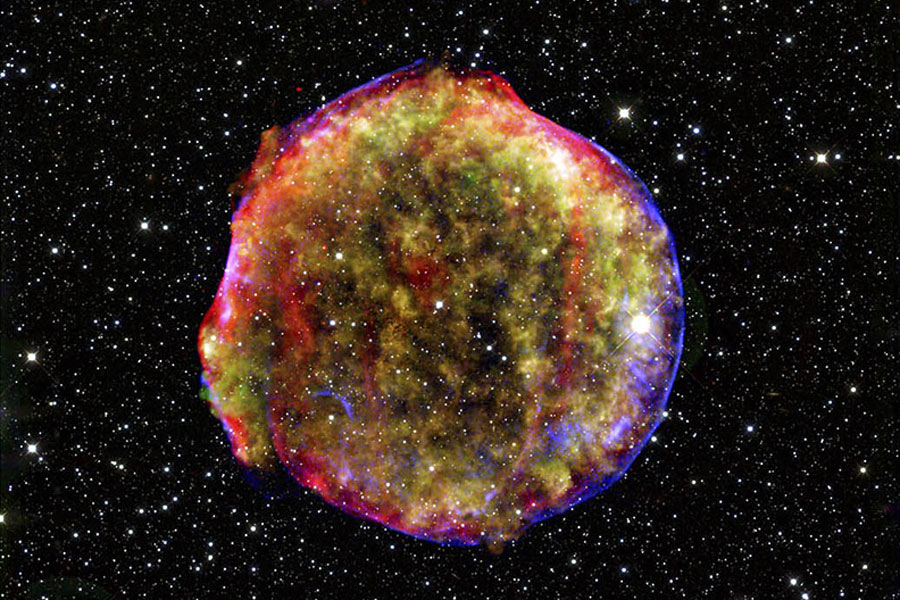 No one can say that these guys weren’t interesting.

Fr. Z is the guy who runs this blog. o{]:¬)
View all posts by Fr. John Zuhlsdorf →
This entry was posted in Lighter fare, SESSIUNCULA and tagged moose, nova, Tycho Brahe. Bookmark the permalink.