Here is our word munimen again. 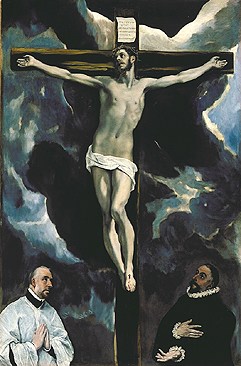 This prayer is in various old manuscripts such as the Liber sacramentorum Augustodunensis and Engolismensis and Gellonensis as Post communions for a Mass in time of war and in the 14th Sunday after Pentecost.  There is a variation for vivificet in a purificet.  I don’t think it was in the pre-Conciliar Missale Romanum.

SLAVISHLY LITERAL VERSION:
May holy participation of this sacramental mystery
quicken us, we implore, O Lord,
and may it impart to us equally an expiation as well as a defense.

I love the word "quicken" for vivifico. You will probably think immediately of "vivify", and you would be right.  But in English, "vivify" can mean not just to "bring to life" but also "to bring back to life", "to restore life".  Thus vivifico is "to make alive, restore to life, quicken, vivify".

How dead we would be without God’s mercy.  He quickened each one of one from the beginning, from our conception, according to a plan He formed from before the creation of the rest of the universe.

He quickened us in baptism because we were dead in original sin.  In the sin of our First Parents the whole human race sinned.

He quickens us in the sacrament of penance when we are dead in actual mortal sin.

He quickens us in many small ways with actual graces.

Our prayer reminds us that at the heart of our quickening is expiation.

Expiation requires sacrifice.  At the heart of expiation lies our debt, a debt paid by another, freely, in perfect love.

The gifts we gain from God’s grace require protection.

Fr. Z is the guy who runs this blog. o{]:¬)
View all posts by Fr. John Zuhlsdorf →
This entry was posted in LENT, WDTPRS and tagged Oratio super populum. Bookmark the permalink.