We know with holy and Catholic Faith that what was not assumed, was not redeemed (St. Gregory of Nazianzus – +389/90).

Our humanity, both body and soul, was assumed by the Son into an unbreakable bond with His divinity.

When Christ rose from the tomb, our humanity rose in Him.

When He ascended to heaven, so also did we ascend.

In Christ, our humanity now sits at the Father’s right hand.  His presence, there, is our great promise and hope, here.  It is already fulfilled, but not yet in its fullness.  That hope informs our trials in this life.

The liturgical celebration of Ascension by the Latin Church has become a little confused in recent years.

In the post-Conciliar calendar used with the Novus Ordo editions of the Missale Romanum for this coming Sunday we ought – in my opinion – to be observing the 7th Sunday of Easter.  Ascension Thursday should fall, appropriately, on Thursday.   However, by the same logical that dislocated Epiphany (“Twelfth Night”) from its proper place twelve days, appropriately, after Christmas, some years ago the Holy See allowed bishops to transfer the celebration of Ascension Thursday to the following Sunday.

Those who are participating at Holy Mass with the 1962MR avoid all this.  Ascension Thursday is, logically, on Thursday.

Since we should, when examining issues, pay attention to cult, code and creed, and since we have looked at the theological point of the liturgical observance of the Ascension (creed and cult) let’s look also at some law (code).

In the 1983 Code of Canon Law, can. 1246, Ascension Thursday is indicated as one of the few Holy Days of Obligation.

Nota bene: There are some dioceses where Ascension Thursday has not been transferred.

Among them are – I believe – Boston, Hartford, New York, Newark, Omaha, and Philadelphia. To be sure, look at your parish bulletin from last Sunday, check your diocese’s newspaper, call your local diocesan chancery, etc. In other words, do some homework if you are not sure.

You fulfill your obligation by going to Mass either Ascension Thursday or the Vigil of Ascension.

I have a separate post about fulfilling one’s obligation for Ascension Thursday when travelling, which may involve being in a place or being from a place where the Thursday obligation remains because Ascension wasn’t, in that place, transferred.  Go HERE.

The bishops who did transfer the feast to Sunday were, I am sure, hoping to expose more people to the mystery of the Ascension of the Lord.  Probably included in that calculation was also the notion that it is tooo haaard for people to go to Mass also on Thursday.  “Mass twice in a week?  Tooo haaard!”

I am no doubt under the the influence of having read so much St. Augustine.  My present view of humanity suggests that when Holy Mother Church lowers expectations regarding the liturgy, people get the hint and lower their own personal expectations of themselves.  They get the hint that the feast just isn’t that important.  As a matter of fact, maybe none of this Catholic stuff, with all these rules, is that important. 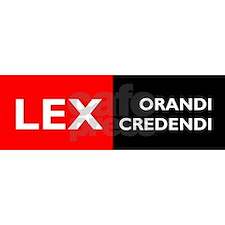 This is what happened with lowering expectations about Friday abstinence (hardly anyone pays attention to it anymore), going to confession regularly and confession all mortal sins, the Eucharistic fast, dressing appropriately for Mass, etc. etc. etc.  If you change how people pray (or tell them they don’t have to) you change the way people believe.  There is a reciprocal relationship between our prayer and our belief.  Lex ordandi – Lex credendi.

The celebration of Ascension on a particular Thursday is rooted in Scripture.  Celebration on Thursday reflects the ancient practice of the Churches of the East and West alike. We read in Holy Scripture that nine days, not six, intervened between the Lord’s physical ascent to the Father’s right hand and the descent of the Holy Spirit at Pentecost.  If Pentecost was the 50th day, seven weeks – as the ancients counted the starting day itself is included so you get 50 rather than 49), then Ascension Thursday was fixed at the 40th day after Easter.

The observance of Ascension Thursday was fixed from about the end of the 4th century. In the Latin West, St. Augustine of Hippo (+430) called it Quadragesima  (“fortieth”) Ascensionis. In the Greek East, St. Gregory of Nyssa spoke of it in 388.  That’s only a 16 century tradition.

And how, I ask you, is transferring Ascension Thursday to Sunday in conformity with the “spirit of Vatican II” as actually printed in the documents of Vatican II? Didn’t the Council Fathers in Sacrosanctum Concilium require that in the reform of the liturgy?  Check our SC 23.

23. That sound tradition may be retained, and yet the way remain open to legitimate progress Careful investigation is always to be made into each part of the liturgy which is to be revised. This investigation should be theological, historical, and pastoral. Also the general laws governing the structure and meaning of the liturgy must be studied in conjunction with the experience derived from recent liturgical reforms and from the indults conceded to various places. Finally, there must be no innovations unless the good of the Church genuinely and certainly requires them; and care must be taken that any new forms adopted should in some way grow organically from forms already existing.

As far as possible, notable differences between the rites used in adjacent regions must be carefully avoided.

Even though that paragraph may refer more to the structure of Mass itself, would the “spirit” of such a requirement not apply to the observance of a feast with such theological import for the East and the West?

Eastern Christians haven’t transferred Ascension.  What must the Easterners think of this Latin innovation?

But let’s be more positive.

With the third, 2002 edition of the Missale Romanum we have once again a Mass for the Vigil of Ascension.  This wasn’t in the 1970 or 1975 editions.

Moreover, there are now proper Masses for the days (nine? six?) after Ascension until Pentecost, most having alternative collects depending on whether or not in that region Ascension is transferred to Sunday.

In the new printing of the 3rd edition there will also be an option for a longer celebration of the Vigil of Pentecost, in keeping with the ancient use similar to the Vigil of Easter, with various readings.  There is a parallel between Easter and Pentecost for the sacraments of baptism and confirmation, which in the Latin Church were of old conferred in the same rite.  But I digress.

Thank God for Pope Benedict and the provisions  in Summorum Pontificum by which he emancipated us and expanded the use also of the pre-Conciliar liturgy.

Whether you prefer the older form of Mass or the newer, Pope Benedict is working to heal the rupture that took place after the Council in our worship of Almighty God.

The older use will exert – is exerting – a “gravitational pull” on the celebration of the newer forms and the whole Church will benefit.

His scriptis, Really Bad Idea or not we nevertheless conform our celebration of Ascension to the Ordo, the liturgical calendar, established for the diocese (or religious institute) for either the Ordinary Form or the Extraordinary Form.

Thank you for your kind attention.