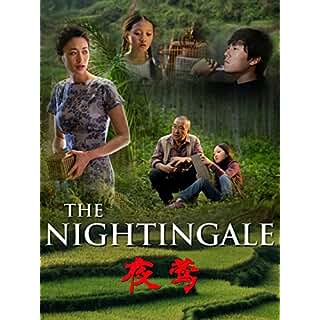 I’m a fan of Chinese cinema. I’m sort of a fan of French cinema.  With the help of Netflix today, to the accompaniment of stir fried pork and vegetables I watched a Chinese-French film (in China, on Chinese themes, by a French director): The Nightingale or Le Promeneur d’oiseau or 夜莺 (yèyīng).  US HERE – UK HERE (French version)

The first adjective that leaps to mind is: gentle.  The next has to be: dreamy.

There are five broken people in the movie and one bird.  The bird being released from its cage is the symbol of their healing.  You’ll find quite a few layers.  The main action revolves around a man, estranged from his son whose marriage is falling apart, taking his rather bratty grand daughter from Beijing to his original tiny village where his wife is buried.  It is a common sight in China to see men walking about with bird cages.  This “walk”, however, involves this ancestral voyage to release the now elderly songbird, which had been a gift from his wife, at her grave.   The aging man and the young girl have adventures and come to know each.   I’ll stop there.  I don’t like spoilers.  The film is more complicated than the surface story suggests.

The filming is marvelous.  There is a mystical quality to it at times.   Themes common to Chinese movies, at least that I have observed, are explored: intergenerational relationships, father and son dynamics (rather different in Chinese culture, but universal nevertheless), the tension between the City and the Country and migration.

There are no explosions, car chases, gun fights or spaceships… all of which usually improve film.  There are no bad words or too much skin… which don’t.  There are, however, bamboo forests, a whistle, green and more green, and a cameo by a water buffalo.  It is lovely and patient and dream-like and gentle.

I will now watch something with space ships and death rays, but I am really glad I got this movie, which also demonstrated to me that my Chinese is slipping.  Time to brush it up.

A couple other beautiful Chinese movies for your delight, if you don’t know the genre. 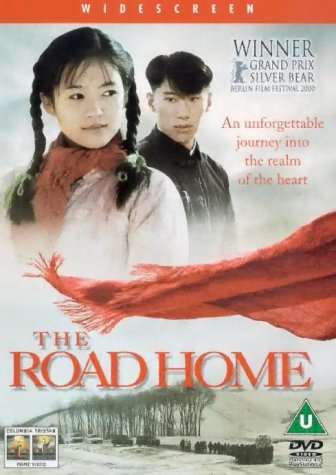 Superb.  Visually gorgeous. By one of my favorite directors Zhang Yimou. I doubt you will last the last few minutes without choking up a little.  Again, we have the tension of tradition and the modern, what was lost and what must be recovered, the countryside versus the city.   Zhang, channeling his inner Vittorio De Sicca (director of the most depressing movie ever made), finds actors who aren’t actors, by the way.  They lend a special quality to the look and sound. 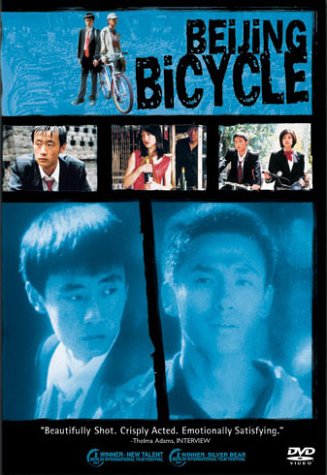 A young man from the country moves to the city to try to make his way.  His livelihood depends on the company’s bicycle which he works eventually to own.  The bicycle is his everything.  Then it is stolen.  He must get it back.  There are a few gut wrenching moments in this one. 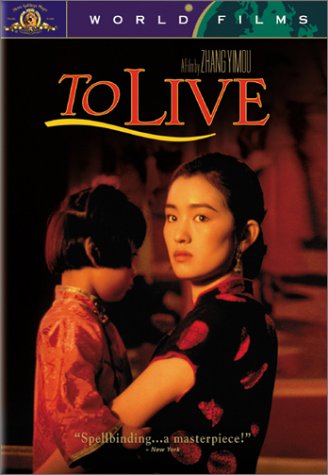 The ultimate “If life gives you lemons” flick. A family survives one disaster after another bridging from the fall of the War Lord era, through the revolution, into the Great Leap Forward.  Each time they face catastrophe, it turns out that the previous catastrophe is what enables them to survive the next blow.  Their goal: simply to live, simply.  Acting: incomparable.  Again, Zhang Yimou. 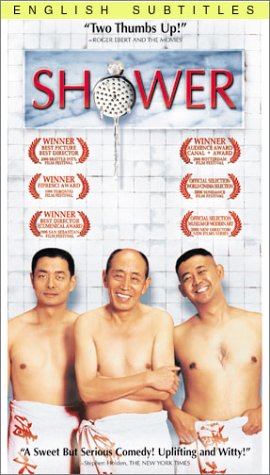 Zhang strikes again.  Again with the intergeneration theme.  Again with the tension of the old ways versus modernity.  Again with the father and son dynamic.  The setting is a traditional men’s bathhouse in an old neighborhood of Beijing, dwindling in numbers, not yet demolished for modern buildings.  These bath houses were reference points for men.  They would meet friends, pass the day, converse, bring their special fighting crickets to compete, read, etc.  An aging man is running the place, just barely, and taking care also of his now adult mentally challenged son.  Here comes the older, first son, upwardly mobile, modern, yuppie, detached, conflicted.  Then the father dies and decisions have to be made.  The performance of Jiang Wu as the challenged son is incredible.  You also saw him in To Live (above).

Quite a few of Zhang Yimou’s movies have a quirky and light attitude.  Right up to the twist. 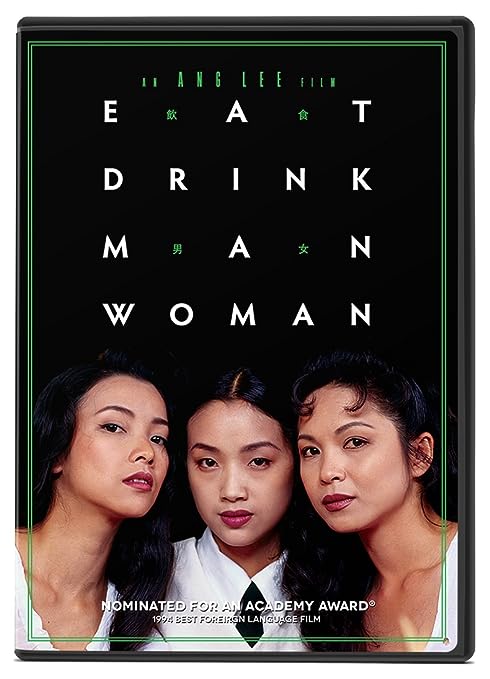 Ang Lee directs this, about an aging widower (again) with three unmarried daughters: perhaps the Chinese definition of that place between a rock and a hard spot.  He is a legendary chef (again with the tradition).  The daughters are firmly in the modern world.  They have a weekly family meal at which surprise announcements are made.  Along the way, however, the old man has lost his sense of taste: not good for a chef.  Is it simply the sense he has lost or his taste for life?  He eventually has his own surprises to announce and his daughters don’t all head off in predictable directions.   The movie was redone in these USA, in Los Angeles with a Mexican American family, under the title Tortilla Soup (US HERE – UK HERE) with Hector Elizondo.  Pretty good! See the Chinese version first.  And be ready to crave Chinese food.  This is one of those movies in which food and its preparation is lushly central.

BTW… you might check out an oldie post I did on the intersection of Dante with Mr. Ping in Kung Fu Panda.  No, really.  HERE

Fr. Z is the guy who runs this blog. o{]:¬)
View all posts by Fr. John Zuhlsdorf →
This entry was posted in REVIEWS and tagged Chinese food, movies, Zhang Yimou. Bookmark the permalink.