St. Robert Bellarmine – Pray for us! Help us with your teaching and example! Today I greet readers and friends who are blessed with the name “Robert”.  Happy Novus Ordo Name Day.

You get two Name Days, since the traditional day is 13 May.

In particular I remember in prayer His Excellency Most Reverend Robert C. Morlino, the Extraordinary Ordinary, Bishop of Madison.  I am, sincerely, not worried about the state of his soul, but God knows what to do with prayers, which are never in vain.

I have a couple other Roberts to pray for and to congratulate.

Let’s have a look at St. Robert’s entry in the post-Conciliar Martyrologium Romanum of 2005.

Would you all like to stretch your Latin muscles?  I’ll turn on the moderation queue so that you can’t copy from each other’s papers.  Other comments (without translations) about St. Robert I’ll let through as I find them.

St. Robert’s body may be venerated in Rome at the Church of St. Ignatius, Sant’Ignazio, which is a must visit for many reasons.

St. Robert was a Jesuit (a good one), a Cardinal, theology and profession and rector at the Roman College, archbishop of Capua, He was a major figure in the implementation of the Council of Trent and in the Counter-Reformation. He also took a major role in the matters of Giordano Bruno and Galileo Galilei.  He was a splendid teacher in difficult times who refuted errors much like those we see cropping up in the Church today.  Stories of his great humility can be multiplied.

Not long ago, I was privileged to see a letter with a signature of St. Robert Bellarmine.  HERE St. Robert Bellarmine was a prolific writer, but a great deal of his work has not yet been translated into English. In recent years there have been good efforts to do just that. One of those efforts has left me a bit in awe. Seriously, I am in awe of the discipline it took to translate this opus magnum.

It begins with a Forward and a brief life of the saint.  Fr. Baker says that he did it in a year.  Holy cow. 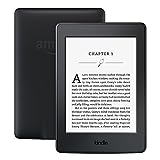 A while back I posted an entry with suggestions for different catechisms.  I think this should be on the list.  This takes the form of a dialogue, rather than simply prose explications of bullet points. 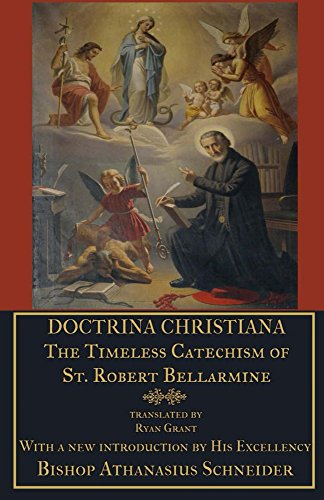 In the forward we read:

In our time of an enormous and general confusion in matters of Catholic faith we do need urgently a crystal-clear, absolute reliable and at the same time simple catechetical text. Such a text represents the famous catechism of St. Robert Bellarmine, which notwithstanding being written 400 years ago, remains nevertheless up to date. This catechism had until the 20th century about 400 editions and has been translated into 60 languages. It was a favorite catechetical tool for the missionaries in the past centuries.

The countries of the so-called Western civilization became today almost neopagan societies and there are even people who named themselves Catholics but are living like pagans. It is therefore obvious that we are living in a missionary. Both inside and outside the church.

The translator adds these interesting notes, which make reference to the first work by Bellarmine with which I started this entry, above:

St. Robert Bellarmine composed two catechisms under the title of Doctrina Christiana(Christian Doctrine), one called his “Small Catechism” which he had written for children and simple souls. This second one, written as a dialogue, called his “Long Catechism,” was intended for teachers and for the well instructed to deepen their understanding of the truths of the faith. The Shorter Catechism was translated in 1614, but the Long, at least to our knowledge, had never been rendered into English until now.

The translation was made from the Latin edition published in Prague in 1732. It seemed to be the most accurate, and it was compiled and edited into a text version book by Anton Repko, whom I especially thank as many of the copies available in electronic form have defects, missing pages etc. Still, as sometimes the Latin edition used complicated phrases from 16th century vernacular Latin that simply would not render into English well, it was necessary to consult Bellarmine’s original Italian to simplify.

This Catechism was written at the express command of Pope Clement VIII, and approved by him in 1598. It quickly became more popular than the Saint’s Controversies, which he is principally known for today. It was also specifically approved by Pope Benedict XIV, and its importance was so great that Pius XI, in his bull of canonization for the Saint, declared of this Catechism:

“Nor may we pass over in silence his sacred sermons and also his catechetical works, especially that catechism, which the use of the ages as well as the judgment of a great many bishops and doctors of the church has approved. Indeed, in that same catechism, composed at the command of Clement eight, the illustrious holy theologian expounded for the use of the Christian people and especially of children, the Catholic truth in a plain style, so brilliantly, exactly and orderly that for nearly three centuries in many regions of Europe and the world, it most fruitfully provided the fodder of Christian doctrine to the faithful.”

In his introduction, the great Bp. Schneider penned, and we cannot but agree:

The corruption of morals and depravity of life is already so great, and ever increasingly greater, not only among uncivilized peoples but even in those very nations that are called Christian. The Apostle Paul, writing to the Ephesians, repeatedly admonished them in these words: “But immorality and every uncleanness or covetousness, let it not even be named among you, as become saints; or obscenity or foolish talk” (Eph. 5:34). He also places the foundation of holiness and sound morals upon a knowledge of divine things—which holds in check evil desires: “See to it therefore, brethren, that you walk with care: not as unwise but as wise. . . Therefore, do not become foolish, but understand what the will of the Lord is” (Eph. 5:15-16).” (Encyclical Acerbo nimis from April 15, 1905).

A good and solid knowledge of the Catholic faith has as its aim a virtuous life through which alone with the help of God’s grace one can achieve eternal salvation. Saint Pius X teaches therefore: “Christian teaching not only bestows on the intellect the light by which attains truth, but from it our will draws that ardor by which we are raised up to God and joined with Him in the practice of virtue” (Encyclical Acerbo nimis from April 15, 1905).

The true knowledge of the Catholic faith fills the human mind with a light and this light, in spite of being sometimes obfuscated by a bad will, is usually the effective means of salvation.

The content of our Catholic Faith is not just words and formulae to be memorized.  The true, interior content of the Faith is a Person, the divine Person of the Eternal Word made Flesh, Christ Jesus.  We can have a relationship with a Person.  Coming to know the Faith leads to knowledge of Christ and, in turn, hope and love.  Furthermore, as the bishop pointed out, even if one loses love, that is charity, and loses hope, faith remains long after.  That faith can help to bring you back to hope and to charity.

Speaking of Bp. Schneider, he, with Card. Burke, are calling for Catholics to pray a decade of the Rosary and to fast at least one day a week from NOW, the Feast of St. Robert Bellarmine, through October (to cover the time of the Synod on the Amazon).

Fr. Z is the guy who runs this blog. o{]:¬)
View all posts by Fr. John Zuhlsdorf →
This entry was posted in "How To..." - Practical Notes, Saints: Stories & Symbols, Synod, The Coming Storm and tagged St. Robert Bellarmine. Bookmark the permalink.