Liberals for decades have been in control of the narrative of what happened at Vatican II, and the real impact of liberal theologians.

Now that the reins are slipping from their aging hands, they are trying to reassert control.

Inexplicably, Richard McBrien is still writing some of his own stuff for the National Catholic Reporter.  Some of that stuff includes how he thinks Eucharistic devotion is a “doctrinal, theological, and spiritual step backward” … but I digress. 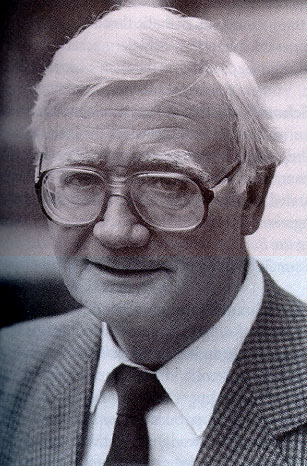 Schillebeeckx: No salvation outside the world
by Richard McBrien on Feb. 01, 2010

One of the fast-diminishing [Who here is not entirely broken up about this?] number of theological giants died Dec. 23. Edward Schillebeeckx, a Flemish Dominican priest, was 95 years old.

Unlike Jesuit Fr. Karl Rahner, (d. 1984) and Dominican Cardinal Yves Congar (d. 1995), for example, the bulk of Schillebeeckx’s major work was done after rather than before or during the Second Vatican Council (1962-65).

Professor Lieven Boeve, the president emeritus of the European Society for Catholic Theology, [Remember these guys?] of which Schillebeeckx was a member, wrote a brief statement of appreciation following the announcement of the Dominican theologian’s death.

He referred to Schillebeeckx, without any exaggeration, as one of the most important theologians of the post-conciliar period, [Agreed. His books twisted the theology of seminarians and priests for a long time.] singling out his efforts to engage the Christian tradition in dialogue with modern secular culture and society.

Boeve noted that Schillebeeckx’s insights were the result of a long intellectual journey. He first studied philosophy and theology at the Dominican houses of study in Ghent and Leuven (Louvain).

The formation, however, was typical of the times, which is to say that it was largely neo-Thomistic and classical, [baaaad] although Schillebeeckx did come into contact with phenomenology, [gooood] a philosophical movement that was especially popular in northern Europe, and the writings of one of its leading figures, Maurice Merleau-Ponty (d. 1961).

His most direct philosophical influence, however, was his mentor and fellow Dominican, Dominic DePetter.

One of Schillebeeckx’s best-known books, Christ the Sacrament of Encounter with God (1960; English-language edition, 1963), was strongly influenced by phenomenology and also by the principle of sacramentality in Thomas Aquinas, which was the topic of his doctoral dissertation in 1952.

It was during his post-graduate research in Paris, where he studied at Le Saulchoir and the Sorbonne from 1945, that he came into close contact with Yves Congar and another accomplished Dominican theologian, Marie-Dominique Chenu, both of whom left a lasting impression on the young theologian. Schillebeeckx learned, especially from Chenu, how to understand the development of tradition within the context of history.

He became professor of theology at the Catholic University of Nijmegen in 1958, a position he held until his retirement in 1983. His major works were many, including Jesus: An Experiment in Christology (ET, 1979) and Christ: The Experience of Jesus as Lord (ET, 1980).

[Enough of the biography… let’s get down to what McBrien really thinks…] Unfortunately, the Vatican contributed a number of distractions from his theological work in the form of at least three investigations by the Congregation for the Doctrine of the Faith — in 1968, 1979, and 1984, each of which ended without any condemnation. [But the investigations didn’t result in nothing.  Oh… dear… were we supposed to know that?  Just imagine what S. could have accomplished if the CDF hadn’t read his books!]

In 1982 he became the only theologian ever to be awarded the Erasmus Prize for his contributions to European culture.

In her excellent statement of appreciation in the Jan. 18 issue of America magazine, Domincan Sr. Mary Catherine Hilkert, a devoted friend, fellow Dominican, and master of Schillebeeckx’s work, and a valued friend and colleague of my own at the University of Notre Dame, reported on Schillebeeckx’s final message to his theological colleagues at a symposium held in his honor in Leuven in December, 2008.

That message was Extra mundum nulla salus – "There is no salvation outside the world." [Well… that’s a new take on things.] It was a conviction, Hilkert noted, that "captures the love of the world and the ‘grace-optimism’ that characterized [his] life’s work. …"

From the earliest to his latest books, she wrote, Schillebeeckx "helped readers grasp the core sacramental insight disclosed by the Incarnation: The mystery of God is to be encountered in human life and creation."

For Schillebeeckx, "the creative and saving presence of God’s grace" becomes manifest "wherever human persons minister to one another, especially to the neighbor in need. Human love is an embodiment, a sacrament, of God’s love." He called these experiences "fragments of salvation." [What McBrien is probably trying to reinforce here is that Eucharistic devotion isn’t very good for anyone.]

This sacramental view of the world and of the church’s role within the world were, according to Hilkert, at the heart of Schillebeeckx’s writing, preaching, and teaching for over seven decades, just as they were central to the vision of the Second Vatican Council, where he served as an adviser to Cardinal Bernard Alfrink and the other Dutch bishops. He served in the same capacity at the Dutch Pastoral Council immediately after Vatican II.

Even in moments like our own, Hilkert observed, Schillebeeckx reminded his readers that "God is new each moment," and that wherever injustice occurs, whether in the world at large or in the church itself, the Spirit is actively at work, prompting resistance, hope, courage and change.

We can make Professor Hilkert’s final prayer our own: "May this gifted theologian and preacher of the Gospel now enjoy the fullness of life that he once described as ‘God’s eternal surprise.’ "  [I will add my prayer to that.  Let’s us pray for God’s mercy for all who die, for his justice we are going to get whether we want it or not.] It might be helpful at this point to refer to a 15 Sept 1986 letter of then-Prefect of the CDF Joseph Card. Ratzinger (L’Osservatore Romano English edition, 6 October 1986, p. 2).

"continues to conceive and present the apostolicity of the church in such a way that the apostolic succession through sacramental ordination represents a non-essential element for the exercise of the ministry and thus for the bestowal of the power to consecrate the eucharist – and this in opposition to the doctrine of the church."

For S. the community as a whole provided the ontological ground for who could "preside" at Mass.  Usually that would be a priest.  It didn’t have to be if the community needed someone else at the moment.  Baptism, not sacrament of holy orders, provides that ability through the gifts of the Holy Spirit.  It would seem that S. didn’t sufficiently embrace what Vatican II taught in Lumen gentium about the difference in the ontological character of the baptized and the baptized who are also ordained.

On the other hand, Holy Church affirms that what makes it possible to confect the Eucharist is the sacrament of holy orders conferred by a bishop.  That is a sine qua non.  No circumstances a community could face would ever override that.   There is a qualitative difference between the priesthood of the laity and the priesthood of the ordained.

But S. thought that in the early Church there were no distinctions of roles based on sex, etc., and that forms of ministry later developed from the overarching sacrament of baptism.

This would, of course, have huge implications for issues McBrien thinks important such as apostolic succession.  McBrien, for example, thinks that bishops should be chosen by the local church, and so forth.

S. was required by the CDF to correct his views in future writings.

And now the story is a bit more complete.