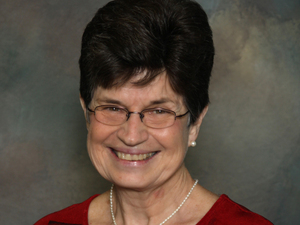 Sr. Pat Farrell of the Leadership Conference of Women Religious (a subsidiary of the Magisterium of Nuns) did an interview with the liberal-leaning National Public Radio.  Carl Olson of Catholic World Report deftly dissected Sister’s interview.  Let’s see the first part with my emphases and comments.

[Don’t forget: The LCWR’s leadership claim that, since they are not clerics, women religious don’t have to stand up for Magisterial teachings in their apostolates.  Therefore, they think they can blur and be silent about important moral and doctrinal issues and align themselves through that blurring and silence with a secular feminist agenda or with the Obama Administration’s pro-abortion efforts.]

Farrell tells Fresh Air’s Terry Gross that the leadership organization is currently gathering the perspectives of all of its members in preparation for its national assembly in August.

“We’re hoping to come out of that assembly with a much clearer direction about [the Vatican’s decision], and that’s when the national board and presidency can proceed,” she says.

“In my mind, [I want] to see if we can somehow, in a spirited, nonviolent strategizing, [LOL! She introduces the notion of “violence”?   What a manipulative joke!] look for maybe a third way that refuses to define the mandate and the issues in such black and white terms,” she says. [Let’s make everything gray and squishy.]

[Olsen now continues… sorry, the formatting here could be confusing…] In other words, let’s sit down and talk about having further dialogue that will point us in the direction of additional conversations, which in turn will open up new vistas of vague and non-distinct paths ushering in an even more rewarding round of discussions, etc., etc. Frankly, this is what it is like sometimes dealing with my seven-year-old son, who is verbally skilled, sometimes manipulative, very adept at deflection, and usually refuses to back down when caught breaking rules, telling lies, or stealing sweets. A “third way”? That’s simply grown-up talk for “one more chance”. Refusing to define issues in such “black and white terms” is a variation on “why do you always have to be so strict about X, Y, and Z?” The key to this approach is being willing to outlast—often through endless talk!—those in authority. It also helps to be able say one thing while claiming to say another.

But, first, how about a little dose of deflection?

[Another snip of the Farrell interview…] “The question is, ‘Can you be Catholic and have a questioning mind?’ That’s what we’re asking. … I think one of our deepest hopes is that in the way we manage the balancing beam in the position we’re in, if we can make any headways in helping to create a safe and respectful environment [Notice how she goes back to this “violence” theme?  She is slyly trying to paint the LCWR as some sort of battered-women’s shelter.  If memory serves, however, in schools all across the land it was the nuns that did the battering… of children.] where church leaders along with rank-and-file members can raise questions openly and search for truth freely, with very complex and swiftly changing issues in our day, that would be our hope. [blah blah blah] But the climate is not there. And this mandate coming from the Congregation of the Doctrine of the Faith putting us in a position of being under the control of certain bishops, that is not a dialogue. If anything, it appears to be shutting down dialogue.”

[Now Olson…] First, begin with a nonsensical question (my son, caught watching a television channel he knows is off limits, says, “Why does my sister get to watch whatever shes wants to?” Well, she doesn’t. But he’s not interested in the answer, is he?) Does Sister Farrell really ponder, with all seriousness, the question, “Can I be a Catholic and have a questioning mind?” Uh, the fact that a Catholic can even ponder such a question indicates the obvious answer: “Yes!” Crack open the Summa Theologica, one of the seminal theological and philosophical texts in the Tradition, and what do you find? Questions! Hundreds of ’em! Because we were made to question, ponder, contemplate, and wonder. But what is really being asked is this: “Can I be a Catholic and reject certain Catholic teachings?” The giveaway is in the term “complex and swiftly shifting issues in our day“. The next part of deflection, of course, is blaming someone else. In this case, it’s the CDF and the bishops appointed by the CDF: “But the climate is not there.” Yes, that’s right: the forecast for the LCWR is stormy weather, not smooth sailing.

You definitely want to read the rest over THERE.

I am especially pleased that Olson linked to my post NUNS GONE WILD!

In the interview, Sr. Farrell also opined that women religious are closer to understanding women’s health predicaments than are men/clerics. Does that sound to you like opposition to abortion?