Brick by brick… college by college…

Thought you might like to know that Franciscan University just celebrated its first Solemn High Mass for the patronal feast of Christ the King (for Christ the King Chapel). I know that a growing group on campus has been working hard for years to bring more traditional liturgy to the University- brick by brick! I am proud to see this at my alma mater. A photo from this Liturgy was featured as the picture of the day for the FUS facebook site: The aging-hippies and their koolaid-drinking apprentices have awakened to the fact that they are losing many of their precious gains of the last few decades of their iron-fisted control.  They are getting a little jittery.  Today’s Exhibit A: a risible bit of whiny bias in USToday from Cathy Lynn Grossman, whom we have seen before in these electronic pages.

The spread of the use of the older form of Holy Mass is slow, but steady.  On the other hand, the Biological Solution is at work.  We will see, soon, a sharp upward curve in both trends.  [People who understand graphs will have some fun with this.]

Consider for example that, now that Summorum Pontificum has been in force for five years, virtually all major seminarians now in formation have not know a time when Benedict’s provisions have not been in force.  Sure, seminary faculties are, in the main, stingy concerning training men in the entirety of the Rite, leaving them only sort-of liturgically trained.

On the other hand, I am hearing of more and more seminarians who want to learn the older form and who intend to use it.  As they get ordained, their seminarian friends, still in formation, will see what they are doing and will want even more to do the same. In a few years, I think we will see a huge and rapid increase.

If seminary faculty want to ensure that the men will on their own learn the Extraordinary Form, just let them tell the future priests they can’t learn it while they are in formation!

Once priests learn also the older, traditional, Extraordinary Form of the Roman Rite, they will have a new perspective on how the newer, post-Conciliar Form ought to be celebrated. They will spark a “gravitational pull” of the older Rite on the newer.  Their revitalized ars celebrandi will have a knock-on effect with their congregations.

Perhaps you might consider a little project.  Find a priest or seminarian and buy him a biretta if he doesn’t have one.  Just a thought. Also, I have been in touch with a group dedicated to promoting the older form of Mass which has the intention of paying for seminarians to get training in workshops. Just another thought. 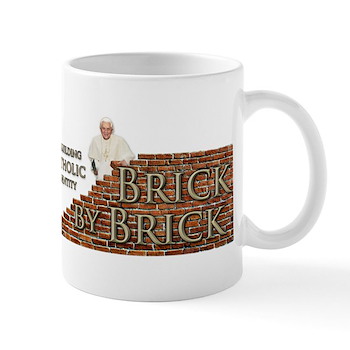 Fr. Z is the guy who runs this blog. o{]:¬)
View all posts by Fr. John Zuhlsdorf →
This entry was posted in "How To..." - Practical Notes, Brick by Brick, Liturgy Science Theatre 3000, New Evangelization, Our Catholic Identity, Priests and Priesthood, SUMMORUM PONTIFICUM, The Drill, The future and our choices and tagged ars celebrandi, Biological Solution, Brick by Brick, Extraordinary Form, Franciscan University, Steubenville. Bookmark the permalink.