SOCCI: Did Pope Benedict really resign? Was it valid? Reeeeeally? 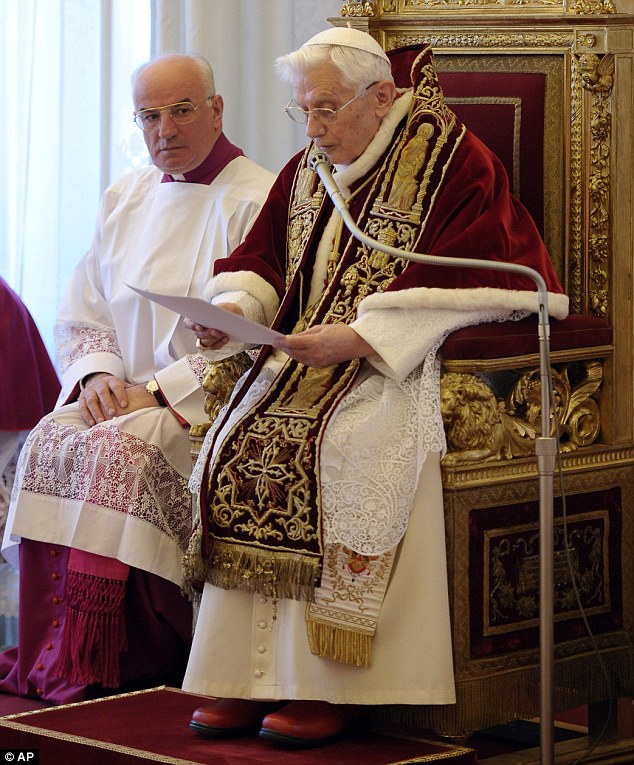 Kindly put, this is a stretch and a half.

Let’s see what he has to say.

The first part of his piece is mostly about how he, Socci, was right and others were wrong when he predicted that Benedict might resign.  Blah blah.  But, being right before means that he is right now.  Get it?

Then he brings up that after the 2005 conclave during which Ratzinger was elected, some cardinals violated the oath they swore with their hands on the Gospel about revealing anything about the conclave.  So!  There was Vatican intrigue!  Imagine.

Benedict was essentially forced to resign, you see.  That means that some canonists call the validity into question.  Socci wonders: Did Benedict resign interiorly?  That is, did he really mean it?  If not, well… then… who knows if he really resigned.

I dunno, I remember watching the video of him reading in perfectly intelligible Latin (the official language of the Church) in a consistory with cardinals that he was going to resign on a specific date and time.  I remember him then stopping being Pope, too.

Beyond the language of the words, there is that of gestures.  What we see is that he chose to continue to remain “within the enclosure of Peter”, to dress in the white habit, to identify himself as “Pope Emeritus” and to continue to call himself Benedict XVI (he signs his name that way).

Moreover, he refused to change his coat-of-arms to that which he had as a cardinal, keeping still the keys of Peter.  The Vatican made it known that Benedict “prefers not to adopt a heraldic emblem expressing the new situation that was created with his resignation of the Petrine Ministry.”

We know that in the Church there is also a “voiceless/implicit magisterium” (magistero tacito).  Maybe this is the case.  And certainly Benedict is in agreement with Francis.  It’s a real mystery.

PS: I want to underscore, citing it, yesterday’s very beautiful and meaningful tweet from Pope Francis: “Today I invite you to pray for HIS HOLINESS BENEDICT XVI, a man of great courage and humility”.

This is sooooo Italian.

A more interesting argument might have been the lawful right of cardinals to vote in the conclave if it could be demonstrated that they violated their oaths about the previous conclave and, thereby, incurred the traditional penalty.

I am not going to lose sleep over this…. except to write my novel, of course!   I need to travel to Rome to do research about the Roman restaurants in which the plot was worked out.   All I need to do is fill in the part about the super-secret Vatican Vampire Assassin Squad and the outline is nearly complete.