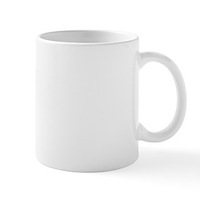 The MSM took what the Pope said on the airplane (about a homosexual who is trying to live a holy life), that is, “Who am I to judge?” and ran with only half the story, giving the impression that Pope Francis approved of some way of homosexual acts.

This Pope is not a liberal when it comes to doctrine.  He doesn’t think that homosexual sex is okay.

I have been saying for a couple years now that when liberals figure that out, they will turn on Francis.

I read this today at the Telegraph:

Pope Francis has reportedly barred the nomination of a close aide of President Francois Hollande as new French ambassador to the Vatican because he is gay.
The apparent rejection calls into question the pope’s reputation as holding more liberal views on homosexuality.
Laurent Stefanini, 54, a senior diplomat and Mr Hollande’s chief of protocol, was nominated in early January but the Vatican has maintained a stony silence over whether it accepts his credentials, officials in Paris said.
The usual time frame for their acceptance is a month and a half. After that, a prolonged silence after a nomination is normally interpreted as a rejection.
The Elysee said that the choice of Mr Stefanini to represent France at the Vatican resulted from “a wish by the president and a cabinet decision” and that the president regarded him as “one of our best diplomats.”
French media widely reported that Mr Stefanini has been blackballed due to his homosexuality.
Le Journal du Dimanche quoted a Vatican insider as saying that the rejection was “a decision taken by the pope himself.”
Liberation, the left-leaning daily, said that “the Vatican’s homophobia seriously tarnishes Pope Francis’ image as being (slightly) more open-minded that his predecessors on sexuality“.
France in 2007 nominated a gay ambassador to the Vatican who had a partner recognised under French law but the Holy See never responded to the nomination, despite lengthy attempts to secure him the post.

So, now we must wait to see if writers over at the Fishwrap (aka National S_______ Reporter) denounce Pope Francis as a homophobe.

C’mon Fishwrap! You know you want to!

Meanwhile, we here at Fr. Z’s Blog sing out…

Fr. Z is the guy who runs this blog. o{]:¬)
View all posts by Fr. John Zuhlsdorf →
This entry was posted in Biased Media Coverage, Liberals, One Man & One Woman, Our Catholic Identity, Sin That Cries To Heaven and tagged "Who am I to judge?", homosexuals, Pope Francis. Bookmark the permalink.

59 Responses to It looks like he “judged” after all!