27 Dec – St. Fabiola – Wherein Card. Wiseman says: “We must deny to Protestantism any right to use the Bible, much more to interpret it.” This is the author of the Fourth Gospel, the visionary of Revelation, the disciple whom Jesus loved best, the one who, though he ran at first, was at the Cross, and to whom the dying Savior entrusted His Mother even as He told her that John was her son. This feast reminds us of the filial relationship priests should have with Mary, which she already has with us and would see deepened. Fabiola eventually moved to St. Paula’s monastic house in Jerusalem to continue her work near Jerome. She was quite a wealthy widow and is a patroness of widows, divorced people, troubled marriages, victims of domestic abuse and those who suffer because of adultery.

There was a famous painting of Fabiola by the French painter Jean-Jacques Henner, which was copied many times before it was lost.  There are many copies.

Perhaps we can ask her today to intercede with God for enlightenment for those who have confused the People of God about the indissolubility of marriage and the sinfulness of infidelity. 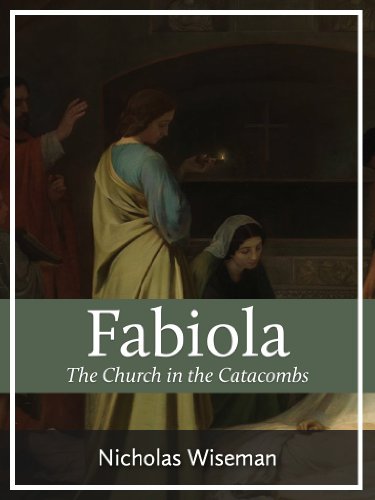