WASHINGTON — Only hours before the law was to take effect, a Supreme Court justice on Tuesday blocked implementation of part of President Barack Obama’s health care law that would have forced some religion-affiliated organizations to provide health insurance for employees that includes birth control.

Justice Sonia Sotomayor’s decision came after a different effort by Catholic-affiliated groups from around the nation. Those groups had rushed to the federal courts to stop Wednesday’s start of portions of the Affordable Care Act, also known as Obamacare.  [“AFFORDABLE”.. right.  When was your insurance cancelled?] 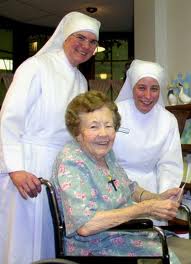 The government is “temporarily enjoined from enforcing against applicants the contraceptive coverage requirements imposed by the Patient Protection and Affordable Care Act,” Sotomayor said in the order. She gave government officials until 10 a.m. EST Friday to respond to her order.

The law requires employers to provide insurance that covers a range of preventive care, free of charge, including contraception. The Catholic Church prohibits the use of contraceptives. That was not acceptable, said their lawyer, Mark L. Rienzi.

“The Little Sisters are an order of Catholic nuns whose religious faith leads them to devote their lives to caring for the elderly poor. Not surprisingly, they have sincere and undisputed religious objections to complying with this Mandate,” Rienzi said.

The Obama administration crafted a compromise, or accommodation, [NO!  It WASN’T!] that attempted to create a buffer for religiously affiliated hospitals, universities and social service groups that oppose birth control. The law requires insurers or the health plan’s outside administrator to pay for birth control coverage and creates a way to reimburse them.

But for that to work, [See above!] the nuns would have to sign a form authorizing their insurance company to provide contraceptive coverage, which would still violate their beliefs, he said.

“Without an emergency injunction, Mother Provincial Loraine Marie Maguire has to decide between two courses of action: (a) sign and submit a self-certification form, thereby violating her religious beliefs; or (b) refuse to sign the form and pay ruinous fines,” he said.

Sotomayor’s decision to delay the contraceptive portion of the law was joined by the U.S. Court of Appeals for the District of Columbia Circuit, which also issued an emergency stay for Catholic-affiliated groups challenging the contraceptive provision. But one judge on the three-judge panel that made the decision, Judge David S. Tatel, said he would have denied their motion. [Boo!  Appointed by Clinton, preceded by Bader-Ginsburg.]

“Because I believe that appellants are unlikely to prevail on their claim that the challenged provision imposes a ‘substantial burden’ under the Religious Freedom Restoration Act, I would deny their application for an injunction pending appeal,” Tatel said. [Thus denying our 1st Amendment rights.]

Here is something interesting.  A few months ago liberal CNN ignored the story the Little Sisters of the Poor in their battle for their religious freedom against the HHS Mandate.  HERE Fr. Z is the guy who runs this blog. o{]:¬)
View all posts by Fr. John Zuhlsdorf →
This entry was posted in Liberals, Magisterium of Nuns, Our Catholic Identity, The Drill, The future and our choices, The Last Acceptable Prejudice and tagged Affordable Care Act, HHS mandate, Obama, Pres. Obama, religious freedom, religious liberty, SCOTUS, Sotomayor. Bookmark the permalink.