First, today I received PDF (PDFs are clunky) of a column that that Archbp. Chaput wrote for their archdiocesan newspaper. In this column, the Archbishop explains – in light of recent idiocy in Germany, where Card. Marx (one of the Pope’s closest advisers and one of the most powerful figures in the fabulously wealthy German Church) – how the blessing of same-sex unions (suggested by Card. Marx and others) is a bad idea and must not be done.

Here is a taste. Mind you, the Archbishop addressed this letter to the people of Philadelphia. That said, he references developments outside of Philadelphia and it is for an internet diffused publication. This isn’t reserved or private.

Over the past few weeks, a number of senior voices in the leadership of the Church in Germany have suggested (or strongly implied) support for the institution of a Catholic blessing rite for same-sex couples who are civilly married or seeking civil marriage. On the surface, the idea may sound generous and reasonable. But the imprudence of such public statements is—and should be—the cause of serious concern. It requires a response because what happens in one local reality of the global Church inevitably resonates elsewhere—including eventually here. [Which is why Archbp. Chaput’s words must be widely diffused.  He should have someone translate it into German: I’ll publish it.]

In the case at hand, any such “blessing rite” would cooperate in a morally forbidden act, no matter how sincere the persons seeking the blessing. Such a rite would undermine the Catholic witness on the nature of marriage and the family. It would confuse and mislead the faithful. And it would wound the unity of our Church, because it could not be ignored or met with silence.

Why would a seemingly merciful act pose such a problem? Blessing persons in their particular form of life effectively encourages them in that state—in this case, same-sex sexual unions. Throughout Christian history, a simple and wise fact applies: lex orandi, lex credendi, i.e., how we worship shapes what and how we believe. Establishing a new rite teaches and advances a new doctrine by its lived effect, i.e., by practice.

There are two principles we need to remember. First, we need to treat all people with the respect and pastoral concern they deserve as children of God with inherent dignity. This emphatically includes persons with same-sex attraction. Second, there is no truth, no real mercy, and no authentic compassion, in blessing a course of action that leads persons away from God. This in no way is a rejection of the persons seeking such a blessing, but rather a refusal to ignore what we know to be true about the nature of marriage, the family, and the dignity of human sexuality.

That, in itself, was very good.

Archbp. Chaput also sent a letter to the clergy of that Archdiocese.  He explained, effectively, what he also wrote in his column.  Then he explicitly forbids priests and deacons in any way at all at any civil union of same sex-persons, or in any religious event that seeks to bless such an event.   He clarifies that this doesn’t constitute a rejection of persons, but rather a defense of the truth about marriage, the family and the dignity of human sexuality.

Inter alia, Chaput wrote: “[T]here is no truth, no real mercy, and no authentic compassion in blessing a course of action that leads persons away from God.”

For these two things alone, the column for the diocesan paper and the letter to clergy, Chaput deserves thanks and laurels.  I say “laurels” because the landscape we are working in is more and more like a battlefield that has swept over the vineyard, bringing chaos and ruin.

I also read at Catholic World Report a speech that Archbp. Chaput gave to a men’s conference on 3 February in Phoenix.  It’s terrific.

Of special interest is his use of the imagery of Alzheimer’s, Blade Runner, knighthood and the crusades (I can hear arteries popping in lib skulls as I type).  Echoing St. Paul, he talks about the “new man” – the title of the talk is “Memory, Sex, and the Making of “The New Man” – and the armor of God that men must put on “because, like it or not, as Catholic men, we really are engaged in a struggle for the soul of a beautiful but broken world.”

Finally, Chaput lists something that I haven’t seen for many years. He reads off the Renaissance humanist Desiderius Erasmus’ “22 Rules” – in bulletpoints – from his book Enchiridion militis Christiani or The Handbook or Manual of a Christian Knight.

Rule 1: Deepen and increase your faith.

Rule 2: Act on your faith; make it a living witness to others.

Rule 3: Analyze and understand your fears; don’t be ruled by them.

Rule 4: Make Jesus Christ the only guide and the only goal of your life.

Rule 5: Turn away from material things; don’t be owned by them.

Rule 6: Train your mind to distinguish the true nature of good and evil.

Rule 7: Never let any failure or setback turn you away from God.

Rule 8: Face temptation guided by God, not by worry or excuses.

Rule 9: Always be ready for attacks from those who fear the Gospel and resent the good.

Rule 10: Always be prepared for temptation. And do what you can to avoid it.

Rule 12: Face your weaknesses and turn them into strengths.

Rule 13: Treat each battle as if it were your last.

Rule 14: A life of virtue has no room for vice; the little vices we tolerate become the most deadly.

Rule 15: Every important decision has alternatives; think them through clearly and honestly in the light of what’s right.

Rule 16: Never, ever give up or give in on any matter of moral substance.

Rule 17: Always have a plan of action. Battles are often won or lost before they begin.

Rule 18: Always think through, in advance, the consequences of your choices and actions.

Rule 19: Do nothing — in public or private — that the people you love would not hold in esteem.

Rule 20: Virtue is its own reward; it needs no applause.

Rule 21: Life is demanding and brief; make it count.

Rule 22: Admit and repent your wrongs, never lose hope, encourage your brothers, and then begin again.

Maleness, brothers, is a matter of biology. It just happens. Manhood must be learned and earned and taught. That’s our task. So my prayer for all of us today is that God will plant the seed of a new knighthood in our hearts — and make us the kind of “new men” our families, our Church, our nation, and our world need.

For the work in question.

Manual of the Christian Knight.  (Kindle version is available for next to nothing!) 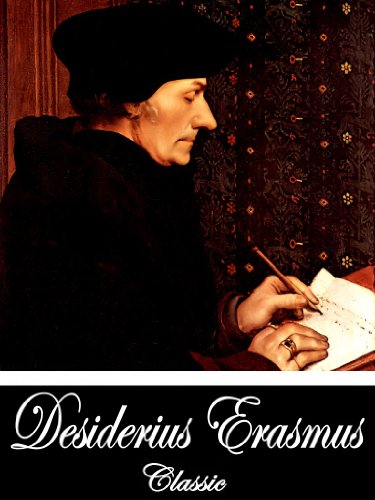