And now for your Friday SSPX news!

The SSPX leadership has been meeting to elect officers and make decisions about their future direction.

Recently, they elected as their Superior an Italian priest, Fr. David Pagliarani.  If stories be true, he has some game.  There is an anecdote about him. It seems that, as the story goes, when he was a small boy, some clerics, including bishops, stopped at the inn which his family ran. He heard them joking about and denying transubstantiation. This boy then confronted them, saying, ”Jesus is truly present and I believe it. God is going to punish you for saying this!!” This was Fr. Pagliarani.

The SSPX determined that they wanted this priest to be their Superior General. And to indicate an new/old direction, they elected as his Aaron and Hur, SSPX Bp. Alfonso de Galarreta and Fr Christian Bouchacourt. Hence, some concluded that the SSPX would now take a harder line.

However, an SSPX communique tersely says that two more assistants have been added, Bp. Bernard Fellay, who has led them for years, and Fr. Franz Schmidberger, who was their first Superior from 1988.

So, additional depth – along with continuity – has been added to the leadership bench of the SSPX.

It was pointed out to me that there is a significant difference between English and the French Press Releases.

The English has an additional piece of information.

As the Society has grown over the years, the Chapter saw it fit to add two councillors who will serve as advisors to the new Superior General. That point about their growth is significant.

This may suggest that there isn’t such a strong shift in direction.  Perhaps they needed additional central advisers because they are so much larger now than they were in 1988 when it was originally set up.  Their expansion requires more personnel, and they have provided for continuity.

Also, keep in mind that it was Archbp. Lefevbre’s intention that a priest, not a bishop, lead the Priestly Fraternity.   Again, a priest is their Superior. 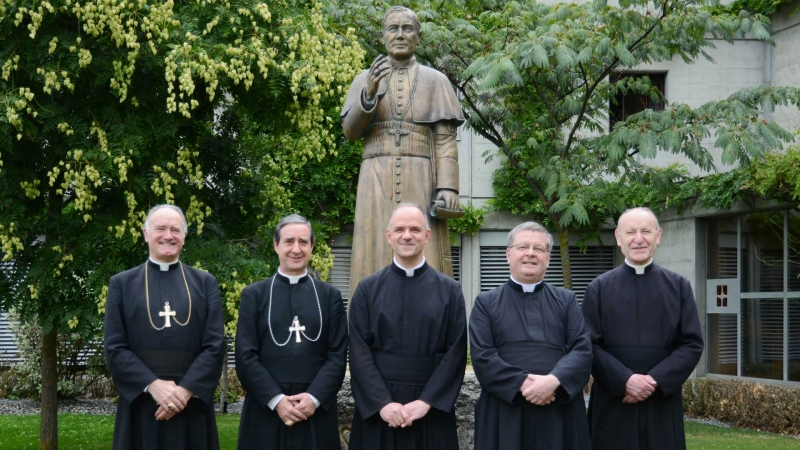 The final address of the Chapter was released. HERE

Fr. Z is the guy who runs this blog. o{]:¬)
View all posts by Fr. John Zuhlsdorf →
This entry was posted in SSPX and tagged SSPX. Bookmark the permalink.

11 Responses to And now for your Friday SSPX news!