ASK FATHER: Is a concelebrated Mass just one Mass or several Masses?

Your recent post and “rant” regarding concelebration made me realize…I don’t actually know what happens at a concelebrated Mass. Is it technically two Masses (if there are two concelebrating priests)? How does that actually work?

At first glance, yes, this can be confusing.  It seems as if there are as many Masses as their are priests concelebrating.  This is especially so because priests are able to accept a stipend even when they concelebrate.  Hence, it seems that there are more than one Mass.

However, it’s a philosophical principle that there can be various instrumental causes united under an agent cause.  That is, there can be a main celebrant and various concelebrants with their own intentions to apply the merits of the Mass (which are infinite) to this or to that purpose (thus the stipend) but, in fact, at the time of the consecration they all have (we hope) the same intention to consecrate the Eucharist.

Sometimes an analogy of baptism is used.  If several priests were to pour water and say the formula of baptism simultaneously over the head of a child, there would be one baptism occurring in the child, not many baptisms.

At a concelebration there is ONE Mass with more than one celebrant,

That said, I think that, as far as the Novus Ordo is concerned, concelebration ought to be safe, legal and rare.

I will concelebrate for, say, an ordination to the priesthood, but not to the diaconate.  I won’t concelebrate at weddings and funerals.  I am happy to attend in choir.   Having clerics in choir also adds to the decorum of the moment.

Concelebration has its place.  In the traditional Roman Rite, newly ordained priests each have their own missal and they consecrate with the ordaining bishop.   That seems fitting.  The rest of the priests present don’t, however.  They manifest their unity of priesthood by imposing hands during the rites.

At gatherings of priests, say that a bunch of guys get away at someone’s lake place “up north”, it is tempting to have one concelebrated Mass.    It’s “brotherly”, quick, and over.  It seems to me better that priests should serve Mass for each other, even if multiple altars must be set up so that it doesn’t take all day (thus, cutting into golf time).   It’s good for a priest to serve Mass occasionally.

Frankly… more, reverently offered,  Masses are better.   How could it not be so?

See my remarks on Save The Liturgy – Save The World. 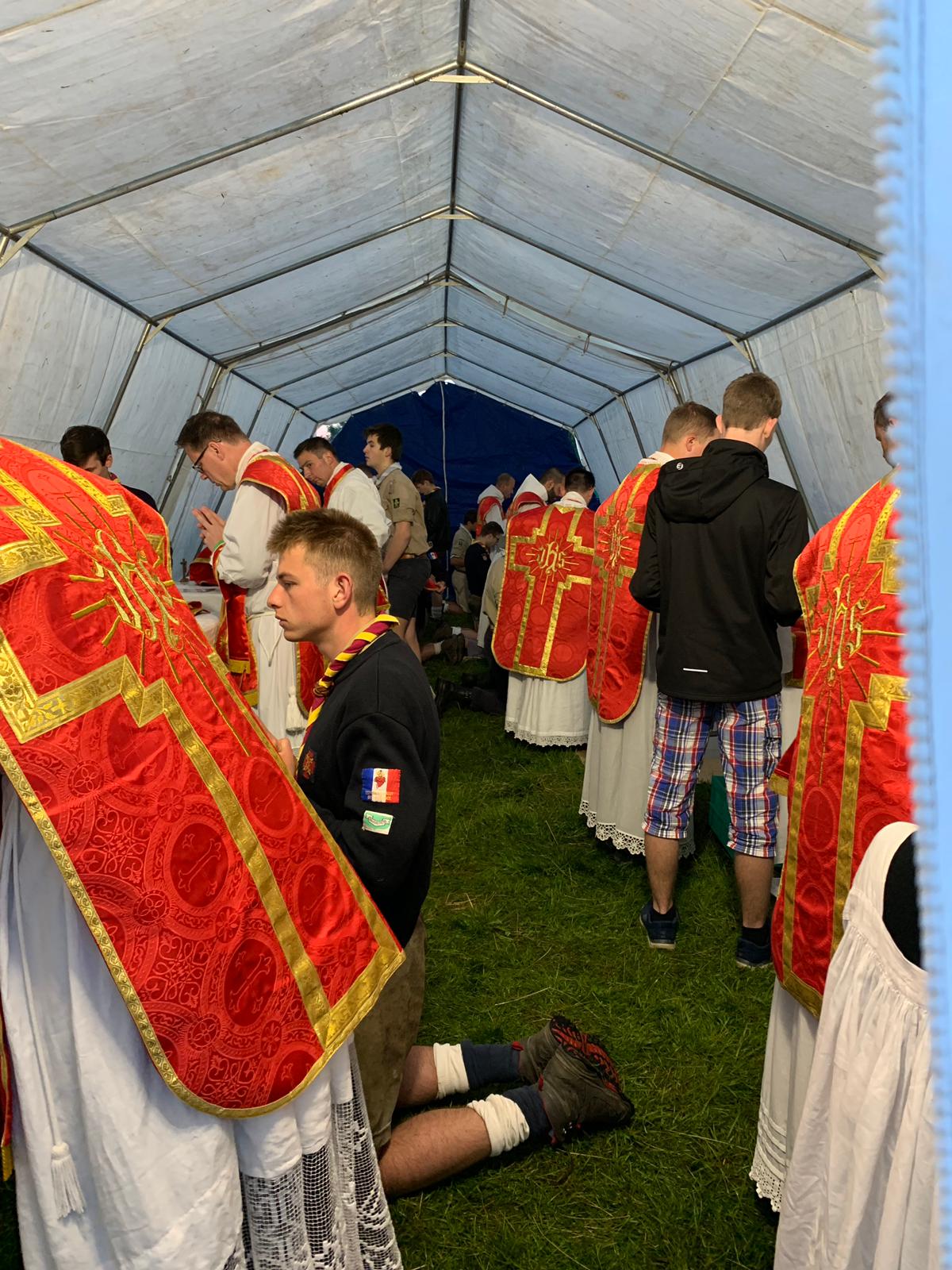 Fr. Z is the guy who runs this blog. o{]:¬)
View all posts by Fr. John Zuhlsdorf →
This entry was posted in "How To..." - Practical Notes, ASK FATHER Question Box, Liturgy Science Theatre 3000, Our Catholic Identity, Priests and Priesthood and tagged concelebration, Save The Liturgy Save The World. Bookmark the permalink.