The former MC for John Paul II and, briefly Benedict XVI, has publicly come out in favor of same-sex unions.

According to Vatican Insider, Archbp. Piero Marini, head of the office that organizes Eucharist Congresses, was speaking on Costa Rica recently.

“It is necessary to recognize the union of persons of the same sex, because there are many couples that suffer because their civil rights aren’t recognized. What can’t be recognized is that this union is equivalent to marriage”.

And he also commented on Pope Francis.

“It’s a breath of fresh air; it’s opening a window onto springtime and onto hope. We had been breathing the waters of a swamp and it had a bad smell. We’d been in a church afraid of everything, with problems such as Vatileaks and the paedophilia scandals. With Francis we’re talking about positive things”. And, “there’s a different air of freedom, a church that’s closer to the poor and less problematic”.

I take this to be a public trashing of Benedict XVI.

No surprise.  He and his enablers trashed Pope Benedict in the book which the non-English speaking Marini put out in English only: A Challenging Reform: Realizing the Vision of the Liturgical Renewal, 1963-1975. It is co-authored by Keith Pecklers, SJ (who had some problems of his own HERE) and, perhaps Mark Francis, CSV (a tradition-basher now at the ultra-liberal CTU, HERE).

The Marini/Pecklers/Francis book purports to tell the story of the glorious work of the Consilium, the entity established during the Second Vatican Council to implement the liturgical reform mandated inSacrosanctum Concilium.  The Consilium was headed up by Annibale Bugnini and Card. Lercaro.

The authors’ purpose is to defend the fruits of Bugnini’s Consilium and criticize Benedict XVI’s vision.

The authors, however, exposed what the reforms were trying to accomplish through the liturgical reforms.

Look at this passage.  Context: The Consilium has just transitioned from  an informally meeting group to an officially, formally established body.  They have their first plenary session.  And now the money-quote:

Bugnini and crew were trying to change the Church’s doctrine.  Obvious, no?  Change the way we pray and you change what people believe.

And I am not the only one who took Marini’s remarks to be criticisms of Pope Benedict.  One of the writers for the UK’s Catholic Herald came to the same conclusion.  HERE

The combox is moderated. 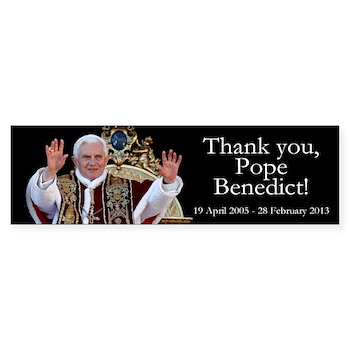 Fr. Z is the guy who runs this blog. o{]:¬)
View all posts by Fr. John Zuhlsdorf →
This entry was posted in Benedict XVI, Liberals and tagged Archbp. Piero Marini, Benedict XVI. Bookmark the permalink.