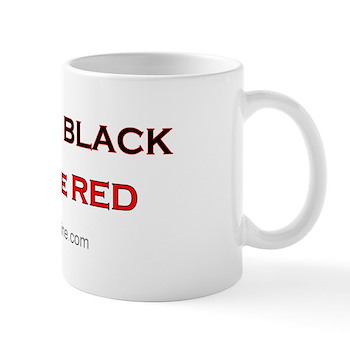 Around here we say:

Save The Liturgy – Save The World

The Eucharist, its celebration and itself as the extraordinary Sacrament, is the “source and summit of Christian life”.

If we really believe that, then we must also hold that what we do in church, what we believe happens in a church, makes an enormous difference.

Do we believe the consecration really does something? Or, do we believe what is said and how, what the gestures are and the attitude in which they made are entirely indifferent? For example, will a choice not to kneel before Christ the King and Judge truly present in each sacred Host, produce a wider effect?

If you throw a stone, even a pebble, into a pool it produces ripples which expand to its edge. The way we celebrate Mass must create spiritual ripples in the Church and the world.

So does our good or bad reception of Holy Communion.

So must violations of rubrics and irreverence.

I read that His Eminence Raymond Card. Burke drew a correlation between our liturgical practices and the dissolution of morals which is now nearly unstoppable.  Card. Burke gave this interview at the time of the Sacra Liturgia conference I attended at the end of June.

From ZENIT (some excerpts – the whole thing is long but worth a closer look on your own):

The abuses of the sacred liturgy that followed the reforms of the Second Vatican Council are “strictly correlated” with a great deal of moral corruption that exists in the world today, says Cardinal Raymond Leo Burke.

Cardinal Burke: Liturgical law disciplines us so that we have the freedom to worship God, otherwise we’re captured – we’re the victims or slaves either of our own individual ideas, relative ideas of this or that, or of the community or whatever else. But the liturgical law safeguards the objectivity of sacred worship and opens up that space within us, that freedom to offer worship to God as He desires, so we can be sure we’re not worshipping ourselves or, at the same time, as Aquinas says, some kind of falsification of divine worship.

ZENIT: It offers a kind of template?

Cardinal Burke: Exactly, it’s what discipline does in every aspect of our lives. Unless we’re disciplined, then we’re not free.

ZENIT: It’s said love for the sacred liturgy and being pro-life go together, that those who worship correctly are more likely to want to bring children into the world. Could you explain why this is so?

Cardinal Burke: It’s in the sacred liturgy above all, and particularly in the Holy Eucharist, that we look upon the love which God has for every human life without exception, without boundary, beginning from the very first moment of conception, because Christ poured out his life as he said for all men. And remember he teaches us that whatever we do for the least of our brethren, we do directly for Him. In other words, he identifies himself in the Eucharistic sacrifice with every human life. So on the one hand, the Eucharist inspires a great reverence for human life, respect and care for human life, and at the same time it inspires a joy among those who are married to procreate, to cooperate with God in bringing new human life into this world.

ZENIT: Sacra Liturgia has been about liturgical celebration but also formation. What basis of liturgical formation do we need in our parishes, dioceses and particularly in our seminaries?

Cardinal Burke: The first important lesson that has to be taught is that the sacred liturgy is an expression of God’s right to receive from us the worship that is due to Him, and that flows from who we are. We are God’s creatures and so divine worship, in a very particular way, expresses at the same time the infinite majesty of God and also our dignity as the only earthly creature that can offer him worship, in other words that we can lift up our hearts and minds to him in praise and worship. So that would be the first lesson. ….

ZENIT: You’re known for celebrating the Extraordinary Form of the Roman Rite. Why did Pope Benedict make this freely available and what role does it have to play in the Church of the 21st century?

Cardinal Burke: What Pope Benedict XVI saw and experienced, also through those who came to him, who were very attached what we now call the Extraordinary Form – the Traditional Mass – was that in the reforms as they were introduced after the Council, a fundamental misunderstanding took place. Namely, this was that the reforms were undertaken with the idea there had been a rupture, that the way in which the Mass had been celebrated up until the time of the Council was somehow radically defective and there had to be what was really violent change, a reduction of the liturgical rites and even the language used, in every respect. So in order to restore the continuity, the Holy Father gave wide possibility for the celebration of the sacred rites as they were celebrated up until 1962, and then expressed the hope that through these two forms of the same rite – it’s all the same Roman rite, it can’t be different, it’s the same Mass, same Sacrament of Penance and so forth –there would be a mutual enrichment. And that continuity would be more perfectly expressed in what some have called the “reform of the reform”.

[Nota bene:] ZENIT: Pope Francis is a different person to Benedict XVI in many ways, but it’s hard to believe there are substantial differences between them on the importance of the sacred liturgy. Are there any differences?

Cardinal Burke: I don’t see it at all. [!] The Holy Father clearly hasn’t had the opportunity to teach in a kind of authoritative way about the sacred liturgy, but in the things he has said about the sacred liturgy I see a perfect continuity with Pope Benedict XVI. I see in the Holy Father, too, a great concern for respecting the magisterium of Pope Benedict XVI and his discipline, and that is what Pope Francis is doing. [Reading Francis Through Benedict!]

[Again…] ZENIT: Does this mirror the loss of the sacred in society as a whole?

Cardinal Burke: It does indeed. There’s no question in my mind that the abuses in the sacred liturgy, reduction of the sacred liturgy to some kind of human activity, is strictly correlated with a lot of moral corruption and with a levity in catechesis that has been shocking and has left generations of Catholics ill prepared to deal with the challenges of our time by addressing the Catholic faith to those challenges. You can see it in the whole gamut of Church life.

ZENIT: Pope Benedict said once that the crises we see in society today can be linked to problems of the liturgy.

Fr. Z is the guy who runs this blog. o{]:¬)
View all posts by Fr. John Zuhlsdorf →
This entry was posted in "How To..." - Practical Notes, Benedict XVI, Francis, Liturgy Science Theatre 3000, New Evangelization, Our Catholic Identity, Reading Francis Through Benedict, SUMMORUM PONTIFICUM, The future and our choices, Vatican II and tagged Card. Burke, Extraordinary Form, liturgy, Sacra Liturgia 2013, Save The Liturgy Save The World. Bookmark the permalink.