Here is a new way to get an “Ask Father” question: Twitter!

From a few days ago: While they usually don’t wear one, I know of no universally authoritative statement that forbids a straw subdeacon from wearing a maniple whilst assisting at Mass. 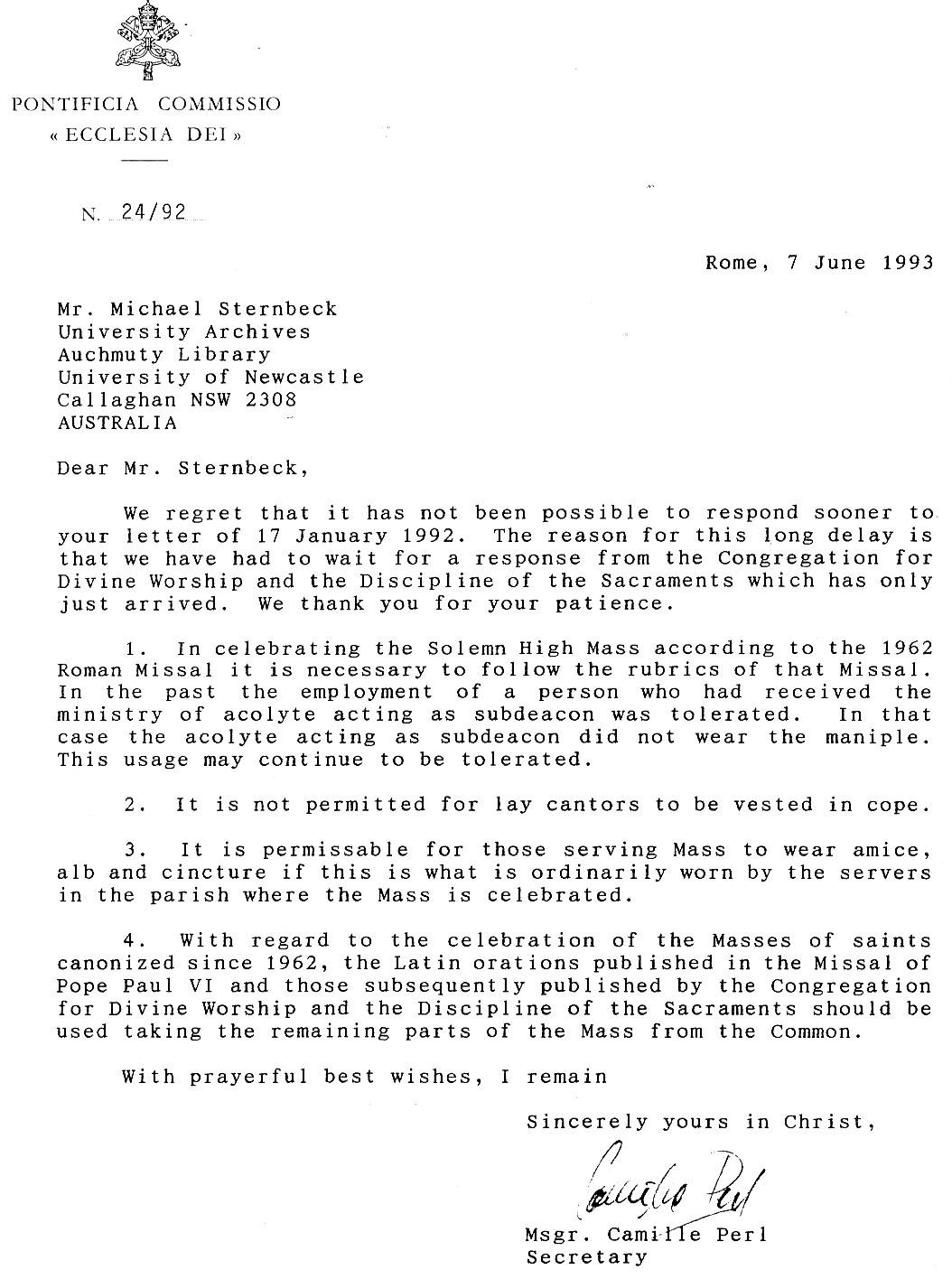 There is, however, a letter – signed by the then-Secretary Msgr. Perl but not addressed to an ecclesiastical authority – from Pontifical Commission “Ecclesia Dei” in 1993 said that straw-subdeacons may continue to be tolerated.  That means that there can be straw-subdeacons.  Perl’s 1993 letter also describes that, back when, the straw-subdeacon didn’t wear the maniple, but he doesn’t say it can’t be used now.  He doesn’t cite any documents in this letter.

In his reworking of Fortescue/O’Connell, Reid also states that they should use a biretta unless they are entitled to use one.  I don’t know what establishes “entitlement” in this day and age.  Perhaps acting as straw-subdeacon?  Reid doesn’t back his prohibition up with a reference to documents.

Neither of these sources are universally authoritative on the matter.  Perhaps something will be issued someday by the competent authority.

Therefore, it can probably be tolerated that straw subdeacons wear a biretta and maybe even – gasp – a maniple, where it is the custom for them to use them. If you need a coffee grinder, they will sell you one.  Click HERE

Remember: They have K-Cups, which I hear are great.  Click HERE

They also have all kinds of teas, even the foofy flavored teas.  HERE

And they have, as you would expect, all sorts of religious gifts.  HERE

Help them. Get great coffee.

Fr. Z is the guy who runs this blog. o{]:¬)
View all posts by Fr. John Zuhlsdorf →
This entry was posted in "How To..." - Practical Notes, ASK FATHER Question Box, Liturgy Science Theatre 3000 and tagged biretta, maniple, straw subdeacon, subdeacon. Bookmark the permalink.