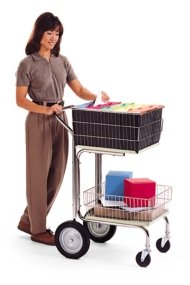 At the Fishwrap (aka National Schismatic Reporter) there is an interesting piece by our old pal Phyllis Zagano which merits a little – just a little – attention.

She never misses an opportunity to work in tidbits about the disparity of men’s and women’s presence in leadership roles in the Church, and she got in a dig about deaconettes (her obsession).  That said, her main point was about how the Holy See handles communications with the wider world.

I must admit that she got a lot of this right.  The Holy See’s communications operation is seriously messed up.  I’ll give Phyllis this point.  I believe she once worked in communications.  But I digress.

Zagano criticized Pope Francis for not naming enough women as consultors to the new Secretariat for Social Communications.  Except for the consultors for the CDF, I’m not sure that consultors do very much.  Still, how dare Pope Francis not appoint more women!

And then there is the FACT CHECK:

Fact check: it was the deacon Phoebe who carried Paul’s letter to the Romans. In today’s world, that could be called “release of information.”

First, Romans 16:1 doesn’t say that Phoebe carried any letter.  Some people – not everyone – extrapolate that she did.

Commendo autem vobis Phoeben sororem nostram, quae est in ministerio ecclesiae, quae est in Cenchris: ut eam suscipiatis in Domino digne sancti: et assistatis ei in quocumque negotio vestri indiguerit : etenim ipsa quoque astitit multis, et mihi ipsi. … And I commend to you Phebe, our sister, who is in the ministry of the church, that is in Cenchrae: That you receive her in the Lord as becometh saints; and that you assist her in whatsoever business she shall have need of you. For she also hath assisted many, and myself also [DR].

In today’s world, that could be called “release of information”.

Or, in today’s world, that could be called “carrying a letter”.

In other words, Phoebe was the FedEx guy.  Paul didn’t trust the Italian post… or the Vatican post for that matter.  Perhaps Card. Burke should have found a “Phoebe” when he sent his books to the members of the Synod of Bishops.  They were stolen out of the mail slots, remember?  HERE  But I digress.

Next, Zagano calls Phoebe a deacon, which is scriptural, but that confuses the issue in the present day debates about ordination of women.  It would be better to refer to deaconesses (deaconettes), to distinguish their ministry from that of the ordained, that is, male, ordained (real) deacons.

Then it goes blah blah for a while.  But, toward the end, the last few paragraphs…

The question is not so much what is true and what is false, but rather what people perceive as true and what people perceive as false.  The first thing that seems “false” is what the church says about women in relation to how it acts toward them.  [Isn’t that the same as what is true and what is false?  Anyway, if there aren’t enough women in the Secretariat for Social Communication, as consultors mind you, then the Church’s credibility is compromised… for Phyllis.  But it gets worse.  Her argument is that if there aren’t enough women involved, as consultors, then the Vatican’s message itself is not credible.]

That is the very serious problem the Secretariat for Communication and its units face. [Never mind the meltdown of Vatican Radio, the bizarre content of L’Osservatore Romano, etc. etc. etc.] If the messenger is not to be believed, then what happens to the message?  [So… because Phoebe delivered the letter it was somehow credible in a way that it wouldn’t have been had a man carried it.]

You think maybe everybody needs to remember who announced the Resurrection?

Ummm… it was the angel.

In any event, I reject the notion that the Church’s message is not credible simply because men announce it.

I reject this, just as I reject sexism in every form, along with all its pomps and all its empty works.