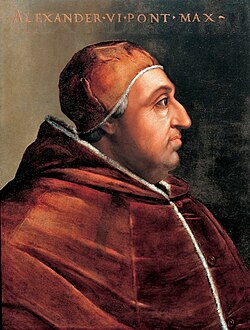 You strong supporters of Francis and you sharp critics of anyone who raises questions about certain of his actions and words should pay close attention to the following.

Over at his amusing and erudite Mutual Enrichment, Fr. John Hunwicke of the Ordinariate, has an observation.

The heart of the Bergoglianist error is, in my fallible opinion, to be found in such texts as the letter Archbishop Nichols wrote last year to PF, assuring him that English Catholics believe that his election was the work of the Holy Spirit [not in my name, Vincent], and that the Holy Spirit guides him daily [ditto]; vide similar statements by now-Cardinal Farrell linking the Pope to the Holy Spirit … Mgr Pio of the Rota … …

Now one of the Church’s leading and most extreme hyperultrapapalists, the papolatrous Cardinal Maradiaga, has encapsulated that error in a single lucid sentence and, in so doing, has pushed the error a few notches further up the scale … or even, you may feel, off the scale. Here are his reported words:

“To ask for the resignation of the pope is, in my opinion, a sin against the Holy Spirit, who ultimately is the guide of the Church.”

I need not remind you that the “sin against the Holy Spirit” is, according to the words of the Lord, the unforgivable sin: unforgivable both in this world and in the next (Mt 12:31 sqq et parr).

Not even, apparently, merely a sin canonically reserved to the Holy See. A sin … unforgivable!

Think about what they are saying.

Francis does something like change a paragraph of the CCC so that it says something that the Church has never before said and, indeed, appears to contradict directly what the Church has taught on the matter and, when people raise objections or ask questions, his supporters say that they sin against the Holy Spirit.

Francis teaches something in an encyclical which seems to say that people in the state of mortal sin should be admitted to Communion – which no saint or theologian in their right mind would have suggested in centuries past – or that they cannot live up to the ideas of morality that the Church teaches and, when people object, they are accused of sin against the Holy Spirit.

The Holy Spirit surely is at work in the Church and He without question offers assistance to us all, each according to our vocations.

However, those who claim “sin against the Holy Spirit” against their opponents or critics should be aware that what they are doing is weaponizing the Holy Spirit, instrumentalizing God, which is not to be tolerated.

If you are one of those who claim that to resist anything Francis does is sinning against the Holy Spirit, you had better look carefully into your own soul.  You’ve gone too far.

Fr. Z is the guy who runs this blog. o{]:¬)
View all posts by Fr. John Zuhlsdorf →
This entry was posted in The Drill and tagged Card. Rodriguez Maradiaga, Fr. John Hunwicke, Gal 6:7, sin against the Holy Spirit. Bookmark the permalink.