My favorite story about Anthony is that when he was in heretical Rimini the people wouldn’t listen to him.  He therefore went to the shore and began to preach and the fish gathered and stuck their heads out of water to show that they were listening.

Also, for fun, there is a recording of a hymn called “O Gloriosa Domina” by Venantius Fortunatus which Antony’s mother used to sing to him.  It is said that he died singing this beautiful hymn to Our Lady.

And… how about this! Stunning… Matthew Curtis does all the voices. I have used his pieces in my LENTCAzTs.

It is done quite differently on this disc, which brings together the music of the East with what early missionaries carried from the West. 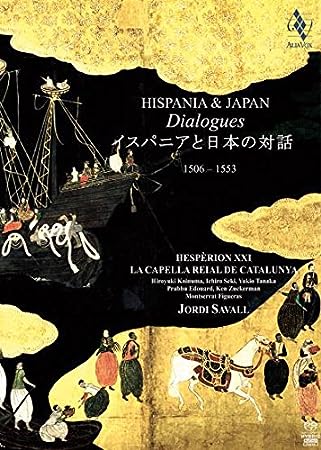 The Gesù.  The Roman flagship of the Jesuits.  A monumental rebuke to the Protestant Revolt and confident expression of joyous Catholicism, focused on the Most Holy Name. This is how the Church perceived herself the gifts given by God from on high. The whole building was directed to the altar, where the priest renewed the Sacrifice of Calvary, the focus of the whole place.

So, obviously, set up something in front of the focal point of the building. I waver between thinking about The Borg or, perhaps, the ring of power that Sauron gave to the Witch King of Angmar. It reminds me of any number of movies where someone goes up to the cube with the glowing streak in it and, when he touches it, the ancient thing with glowing eyes and tentacles comes out and eats everyone in the room except the one who gets away to sputter the tale. If you are going to set up something that looks like it belongs in a mini-golf course, you might as well have a strange Paschal Candle stand too. UPDATE: One of my correspondents sent this image with the comment. Meanwhile, on your left, the Catholic Faith Triumphs over Heresy on the right side of the tomb of St. Ignatius Loyola.   Truth is smashing Heresy and the snakes are making a slithering run for it.  Happy, intense putti lend a helpful hand by tearing up the ghastly books of the heretics. Which heretics, you ask? Looking across the nave you see the altar of St. Francis Xavier, with the relic of his arm that baptized so many. In the nearby chapel, the famous Sacred Heart, so much copied. On the other side there is a chapel dedicated to Mary’s Immaculate Conception.  It is a privileged altar. These things in juxtaposition.  Sigh.

Fr. Z is the guy who runs this blog. o{]:¬)
View all posts by Fr. John Zuhlsdorf →
This entry was posted in Jesuits, On the road, What Fr. Z is up to. Bookmark the permalink.