A bishop explicitly charges all his seminarians to learn the Extraordinary Form. Wherein Fr. Z rants. 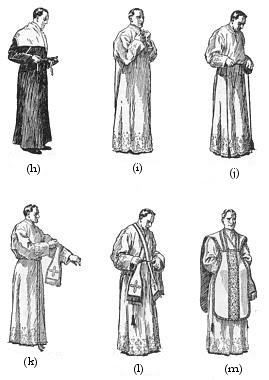 For your Brick by Brick file.

In another entry I answered a question from a lay person who desired to pray for a priest as he learns the Extraordinary Form of Holy Mass at the request of his bishop. It occurs to me that this is a good intention, since the Devil hates priests and the older form of Mass and the sacraments and will work with the assiduous malevolence of fallen angels to undermine, to block, to harm priests who are thus tasked or attached.

However, learning the older forms is necessary. Expanded the use of the Extraordinary Form is clearly something that our Holy Father desires for priests to do as part of a larger project, call it a “Marshall Plan“, to rebuild our devastated Church’s identity in continuity with our magnificent heritage through the worship which is God’s due. No other good projects we can undertake as Catholics will get true traction if our worship of God is not sound.

To this end, I hereby share a photo of His Excellency Most Reverend Robert C. Morlino, Bishop of Madision, who during his recent week-long pow-wow with all the seminarians of the diocese, celebrated Holy Mass for them in the Extraordinary Form. First of all, before some grumbler out there (whom I may eject from the blog) grips censoriously that the altar cloth does not reach to the ground (there are some trads who constantly make the perfect the enemy of the good) I want to relate what Bp. Morlino told his seminarians.

Bp. Morlino told the men – 32 in number! – that it was his expectation that all of them learn how to say Mass in the Extraordinary Form before they are ordained.

Morlino did not say that they would be required to use it all the time, but that they must know how to use it.  If seminaries are not offering the opportunity to learn the older form (which they ought to be, by the way), they could go to workshops or find priests who could help them to learn it.  Bottom line: they are to learn the Extraordinary Form.

I think this was a remarkable.

How many bishops, after all, are saying this openly to their seminarians?

It was also, frankly, a paternally charitable thing to tell the seminarians.

First, if there were any doubts about their bishop’s attitude toward his seminarians and traditional forms, these doubts were thereby removed.  They need never fear the bishop or worry about what would happen to them when he heard that they were going to TLM’s here or there, learning the rubrics, serving Masses.  They need not on this account fear the rector of the seminary they attend, since they are following the expressed desire of the bishop.  Moreover, Universae Ecclesiae (the Holy See’s commentary on Summorum Pontificum) gently asserts that seminarians are to know the Extraordinary Form.

Second, knowledge of and use of the older form of Mass teaches men  -seminarians and priests alike – something about the priest and the priesthood which the Novus Ordo doesn’t really do on its own. The older form stresses the sacrificial and priestly nature of the priest’s actions and words during Mass as well as the priest’s own deep unworthiness and complete dependence on God’s mercy and grace.

Third, no priest of the Roman Rite ought to rest easy until he knows also the older form.  Ignorance of the older form means ignorance of his own rite.  Furthermore, when it comes to their ordination, someone must stand up and attest to the ordaining bishop that the men have been properly formed.  How can he honestly say they are properly formed if they have been left ignorant by their seminaries of their rite?  The seminarians of Madison, by learning the Extraordinary Form, can always be at ease on this point.

At last, the bishop brought them into a larger vision for the “new evangelization”, as it were.  I prefer the image of the “Marshall Plan”, by which the USA rebuilt devastated post-war Europe so as to foster good trade and to build a bulwark against encroaching Communism.  In our day and in the Church, Benedict XVI is helping to rebuild our Catholic identity in continuity across borders and centuries as well as bolster a bulwark against the dictatorship of relativism.  By giving these men their task to learn the older form, Bp. Morlino also brought them as actors into our Holy Father’s project.  It seems to me that, as the men ready themselves to go back to their respective seminaries, this is a good start for their participation in the Year of Faith.

WDTPRS kudos to Bp. Morlino and the seminarians of the Diocese of Madison.

You can support Bishop Morlino’s effort to help the Extraordinary Form grown and help with the formation of seminarians.  Send an online donation to support the diocese’s seminarians. The diocese has 35 seminarians right now, if I am not mistaken.  They have foundation that budget for only 2 per year, which means that they are way over their budget to pay for the formation of the seminarians.

I have met some of these men.  They are great.  Also, Bishop Morlino has told them -and I heard this with my own ears – that he expects all of them to know the Extraordinary Form before he ordains them!  I wrote about that HERE.

The diocesan website has a donation page with a drop down menu.  Choose the St. Raphael Fund.