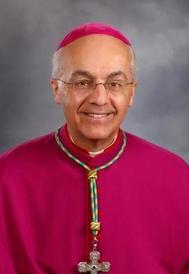 Letter from Bishop: Decision on Boy Scouts of America

August 3, 2015
Dear Faithful Catholics of the Diocese of Bismarck,

Much has happened during the course of the last few weeks. First, I am most grateful to you for your cooperation and support in listening to my letter during Mass this past weekend. The decision on marriage by the U.S. Supreme Court is having real and unwelcome consequences in many areas of our daily lives and I expect that it will only get worse. If you would like to read my letter, click on this link: http://www.bismarckdiocese.com/news/letter-from-bishop-prayerful-encouragement.

Second, and as expected, the Boy Scouts of America voted to admit openly gay adults into the organization to hold leadership positions. While there are indications that the BSA has a religious organization exception, which each local troop could invoke, that will provide no protection for any of our parishes and/or schools, which sponsor troops. Thus, effective immediately, the Catholic Church of the Diocese of Bismarck and each and every one of its parishes, schools and other institutions, is formally disaffiliated with and from the Boy Scouts of America. If your parish sponsors a troop, your priest has been asked to inform those persons associated with the BSA of this action and to inform the BSA itself of this decision. I regret my decision but, in conscience as the Chief Shepherd of the Diocese of Bismarck, I cannot permit our Catholic institutions to accept and participate directly or indirectly in any organization, which has policies and methods, which contradict the authoritative moral teachings of the Catholic Church.

Third, I list here for your consideration acceptable alternatives for our Catholic children and youth, should you wish to offer this in your parish and/or school. There are two very good alternatives to the Girl Scouts of America. They are: American Heritage Girls (americanheritagegirls.org), which has a National Catholic Committee; Little Flowers’ Girls Clubs (eccehomopress.com); and Federation of North American Explorers (fneexplorers.com). There are three alternatives to the Boy Scouts of America, which are acceptable. They are: Federation of North American Explorers (fneexplorers.com); Columbian Squires (kofc.org/un/en/squires); and Trail Life USA (traillifeusa.com), which has a National Catholic Committee in Front Royal, VA.

As always, I promise of my continued prayers and relying on your own, I remain fraternally yours in Christ Jesus,
Bishop David D. Kagan

Fr. Z is the guy who runs this blog. o{]:¬)
View all posts by Fr. John Zuhlsdorf →
This entry was posted in Fr. Z KUDOS, Our Catholic Identity, Pò sì jiù, Sin That Cries To Heaven, The Coming Storm, The future and our choices and tagged Boy Scouts, Bp. David Kagan, D. Bismarck, homosexual agenda, homosexuality. Bookmark the permalink.