Robert Moynihan is a long-time vaticanista.  In his latest “Letter #59, 2019: In plain sight“, he looks into the pagan element worked into the closing Mass of the Amazon Synod (“walking together”).  We had speculated about whether or not the wooden demon idols of Pachamama, a demon goddess to whom human sacrifice was offered, a kind of “mother earth” embodiment, but clearly demonic, would be involved at the closing Mass of the “walking together”.   Nope. No demon statuette.

That doesn’t mean that Pachamama, the demon pagans worshipped with human sacrifice, wasn’t being openly honored during the Mass, and even put on altar of St. Peter’s, above the bones of the Apostle!

Moynihan at great length establishes with reference to video of the closing Mass the bringing forward at the offertory a bowl with a plant that that Francis instructed Msgr. Guido (that poor man) Marini to put on the altar.  Of course gifts at the offertory are NOT to be placed on the altar, much less trash like this.

What was put on the altar?

A bowl of dirt with various plants, one with red flowers.

Those are ugly plants.  Since they are not beautiful, they must have some other meaning or purpose.

Skipping to the point… Moynighan posted:

Then, after further searching, I learned that a bowl of soil with plants in it is often connected with ceremonial rituals involving Pachamana.

There is one among many websites that describes the ritual (link):

“If it is difficult for you to move to a natural space to offer to Mother Earth, do not worry, you can perform your own ritual at home:

“- Use a bottle or flower pot full of dirt, there you proceed to make a hole, it is recommended to do it with your hands to connect with the energy of the ritual.  [This goes back to what happened in the Vatican Gardens… the pagan, demonic ceremony.]

“- A kind of well is made, and food and drinks are poured for the enjoyment of the Pachamama.

“- The food option is extensive, one can place anything from fruits to Creole foods and seeds. In the case of drinks, chicha, natural juices, honey, wine, even coca leaves are suggested.

“- Then we proceed to cover it with dirt and flowers.

“Every year more people join in and they learn to leave our daily work and reflect and realize who we are, where we are and have this gesture of recognition and thanks to Mother Earth, which we say is humanity, the earth, the air, the animals, the water, the fire, which is everything that makes our life.”

Also: “You should never miss something red, it is the favorite color of the Pacha!  [Red flower.]

So it seemed that the bowl of flowers presented at the offertory of the final Synod Mass, and then placed on the altar during the consecration, may have been connected with a ritual of veneration, and thanks, to Mother Earth, known as Pachamana…

So the images were not in the basilica, but perhaps an offering to Pachamana, in a bowl, was…

Ann Barnhardt has the goods on this black bowl.  HERE  She has several posts.  In summary….

These black bowls, the same as the one with the red flower on the altar of St. Peter’s, were all over the place in the Synod Hall. 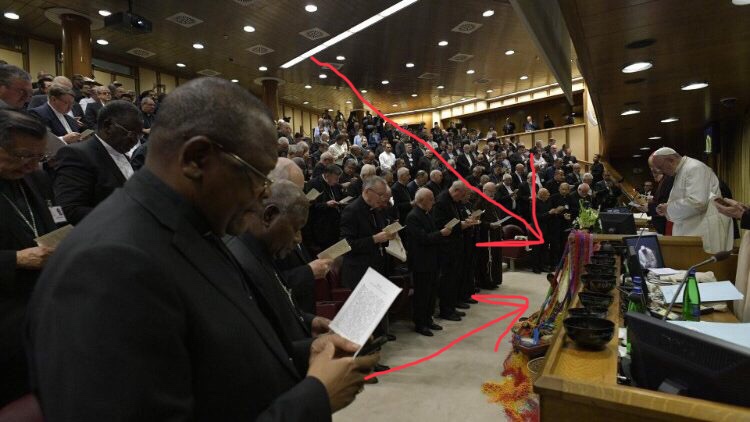 They were all over the church Santa Maria in Traspontina, where all the evil displays and presence of this demonic shaman and women religious were found all day. 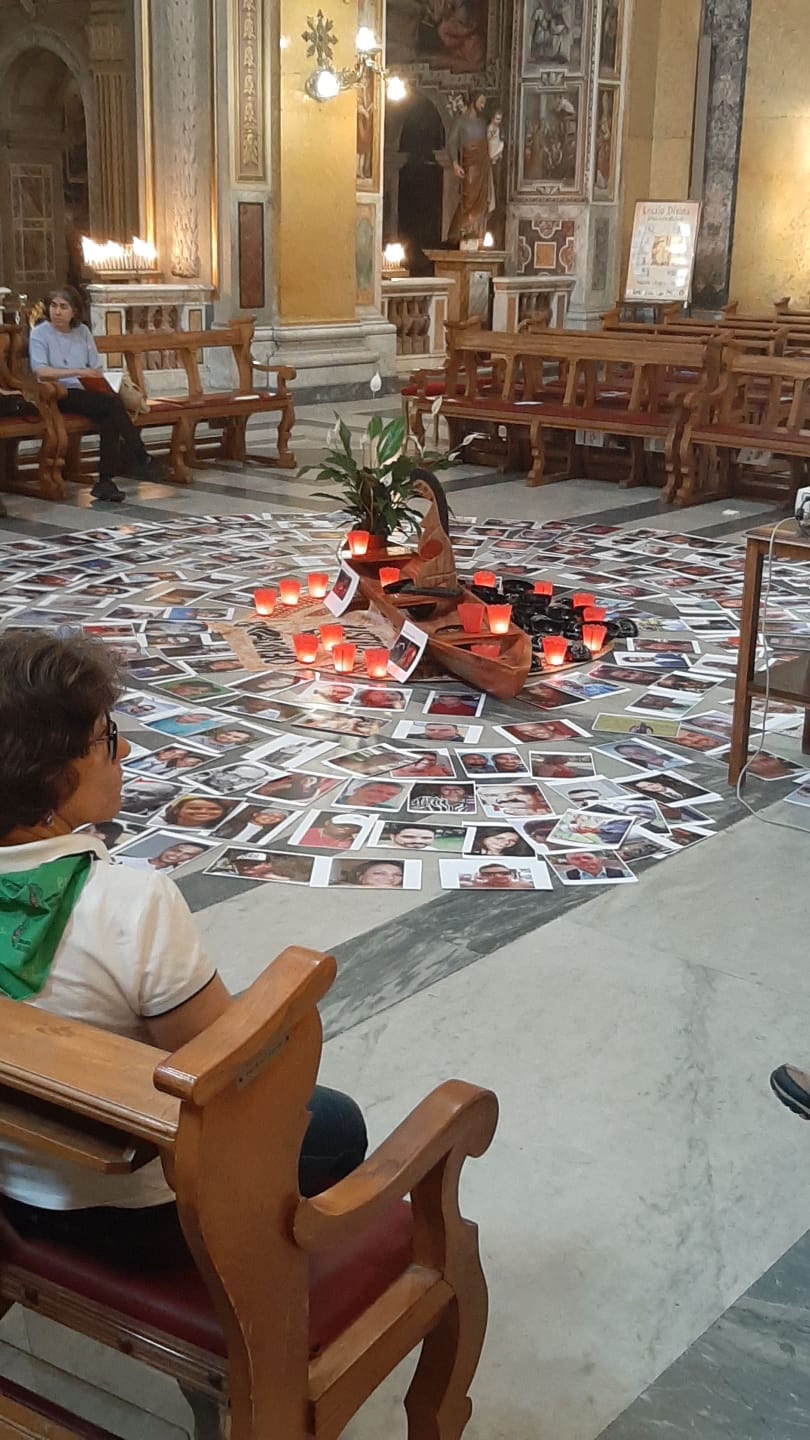 The black bowl was in the pagan Vatican garden ceremony in honor of Pachamama:

Look on the left. 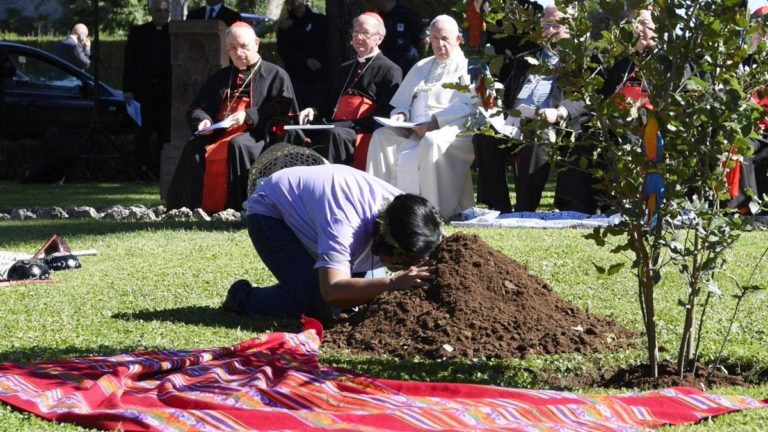 A closeup shows there is a symbol on the bottom of the upturned bowl.  Ann may have found a version of that symbol, which is, surprise, for Pachamama. 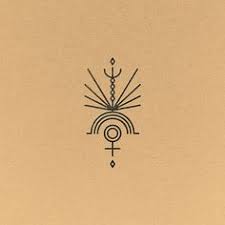 With a red flower in honor of the demon goddess on the altar at St. Peter’s at the direction of Francis.

So, an obvious of statue wasn’t placed on or near the altar of St. Peter’s Basilica, but this instrument with the demonic symbol was placed on the mensa of the altar of Sacrifice directly over the bones of Peter himself.

The implications of this are, frankly, horrifying to contemplate.

Fr. Z is the guy who runs this blog. o{]:¬)
View all posts by Fr. John Zuhlsdorf →
This entry was posted in The Coming Storm, The Drill, The future and our choices and tagged Pachamama. Bookmark the permalink.