QUAERITUR: Priest walking around the church during his sermon

May a priest give his sermon off the altar and peripatetically — wander into the aisle of the nave to deliver it? I am not aware that there is any legislation which specifically forbids a bishop, priest or deacon to remain in the sanctuary to preach.  In fact, sometimes it is necessary to exit the sanctuary in order to reach the pulpit.  In the ancient basilicas the ambo was outside the sanctuary.  Before microphones and sound systems, pulpits and ambos were often situated in the nave in help people the better to hear.  I have preached in churches where I had to leave the sanctuary to get to the pulpit.

With those common sense points understood in he background, the GIRM says:

136. Sacerdos, stans ad sedem vel in ipso ambone, vel, pro opportunitate, in alio loco idoneo, profert homiliam; qua finita, spatium silentii servari potest. … The priest, standing at the chair or at the ambo, or, when appropriate, in another suitable place, gives the homily; when the homily is completed, a period of silence as the occasion allows may be observed.

That said, it is clearly not part of the Catholic experience from the earliest centuries that a preacher should walk around.

For centuries in the pre-Conciliar form of the Roman Rite the preacher is accompanied to the pulpit by the master of ceremonies who stands nearby.  The celebrant and preacher are not to be left alone. I am summoning to my imagination’s inward eye what a roving preacher and shadowing m.c. would look like.  Stupid, I’m thinking.

I am thinking the roving preacher in the Catholic Church comes from the imposition of the man’s own personal quirk on the people of God.  This may be in imitation of Protestants, who almost by the very nature of much Protestant preaching need to impose their own personality on the sermon.

In  my opinion and experience, the Catholic preacher who does this is a narcissist.  He is drawing attention to himself.  He imposes himself, overlays himself, for his own needs, on the rite, the Word of God, and the people.

Are there exceptions?  Of course.  But not many.

Perhaps we can learn something about the idea of preaching outside the sanctuary, and strutting about like a peacock, from the Church’s rubrics for the sign of peace.  This is another occasion in which priests will jack-in-the-box out of the sanctuary where they belong and, sometimes, go to absurd lengths to see and be seen, to demonstrate how caring, warm and matey they are. 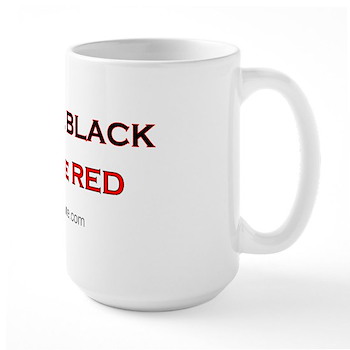 The General Instruction of the Roman Missal states that funerals are one of the rare occasions when the priest is permitted to leave the sanctuary for the sign of peace.

Sometimes there are exceptions, such as processions with the Eucharist.  There is also the beginning and end of the funeral.  If there is a person of note present, the celebrant can leave the sanctuary to give the sign of peace. These are exceptions to the general rule that the priest belongs in the sanctuary.

In the older form of Mass, the priest would remove his maniple before preaching.  This was a symbolic gesture to show that he was, as it were, stepping out of Mass for the sake of the sermon.  He began and ended with the sign of the Cross.  Returning to the altar, he replaced the maniple.   After the Council great effort has been made to connect preaching to the liturgical action itself.   The sermon is generally preached from the place the Gospel is proclaimed.  The sermon is supposed to be part of the liturgical action, connected to the proclamation of the Word of God.

Darting about with a microphone is at striking variance with the post-Conciliar vision of the homily.

Fr. Z is the guy who runs this blog. o{]:¬)
View all posts by Fr. John Zuhlsdorf →
This entry was posted in "How To..." - Practical Notes, ASK FATHER Question Box, Liturgy Science Theatre 3000 and tagged homily, preaching, sermon. Bookmark the permalink.